Baba told to pay up... but he's got no money Atul 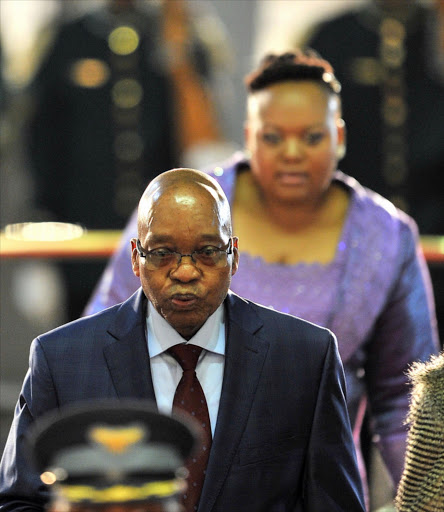 Watch where you put that carrot

Wuu shem! Our men are really trash, especially the political type who prey on young and unemployed women using their power and cash.

Whatever happened to good old gofereya/ ukushela if a guy liked a girl? These days moegoes like Pule Mabe think that they can get some by dangling Luthuli House job opportunities to young women.

And when their victims speak out, like Mabe's PA did in a letter to ANC deputy secretary-general Jessie Duarte, the moegoes give silly excuses.

Mabe's defence against claims that he sexually harassed his PA is that he can't do so because he was raised "by a single parent".

That is like a man saying he is not sexist because he is married to a woman! (OK, OK, Vera first heard this line from a social media guru known as Sabelo Ndlangisa. But it is apt).

For someone employed as a spin doctor, Mabe can be a lame liar. At one stage he told his PA that he'll stay up in her room and do his assignments because "his brains only function at night" and then said he could not go to his own room because when alone he'll fall asleep. And when this manyonyoba was caught after sneaking under the sleeping PA's blanket, he claimed that he was taking a brief rest from the books.

Faulty Towers only the beginning

Bathong! Vera knows that jobs are hard to come by out there, but must people be so desperate.

There is this guy who used to prance about Auckland Park calling himself an "academic intellectual" or something like that, even though he had never seen the inside of a lecture hall. Now out of a job at Faulty Towers, he has conjured up a new scam to secure a job in parliament. He has launched a new party and will be running for office next year.

If Hlaudi Motsoeneng does enough to at least win a seat in the House, at least he would not be alone. He'll be joining his peer, one John Steenhuisen, in a class of lawmakers without higher education.

But where Steenhuisen is content with playing second fiddle to the preacher-man currently fronting the DA in parliament, Hlaudi wants to be the main man. He is telling everyone who would listen that he was once offered to be president Cyril Ramaphosa's deputy but turned down the job because "I love power".

Since the herb was legalised every Tom, Dick and Hlaudi has been feeling so high they think they can be president.

A case for charity

Speaking of the courts and presidents, poor Baba kaDuduzane lost yet another court case yesterday. Ke sono yaz! Reminds one of that soccer team that beats giants on its way to a final only to lose to minnows when it matters the most.

Vera digresses. The courts have ruled that the taxpayer has no business footing Baba's legal bills and that he should be paying his lawyers from his own pocket for his corruption case. With due respect to our learned judges, where do they think Baba will get all this money? It is not like Uncle Atul is still hanging out in Saxonwold waiting to bail Baba out for a mine or cabinet minister in return. And after what happened to VBS after it acted like a Mashonisa and gave Baba a loan to pay off the Inkandla bill, do you think there is anyone else out there willing to lend him some money? Vera doubts it.

Even Khulubuse is likely to plead poverty. Maybe Baba can approach Patrice, the People's Billionaire. After all, Baba is now a charity case, isn't he?