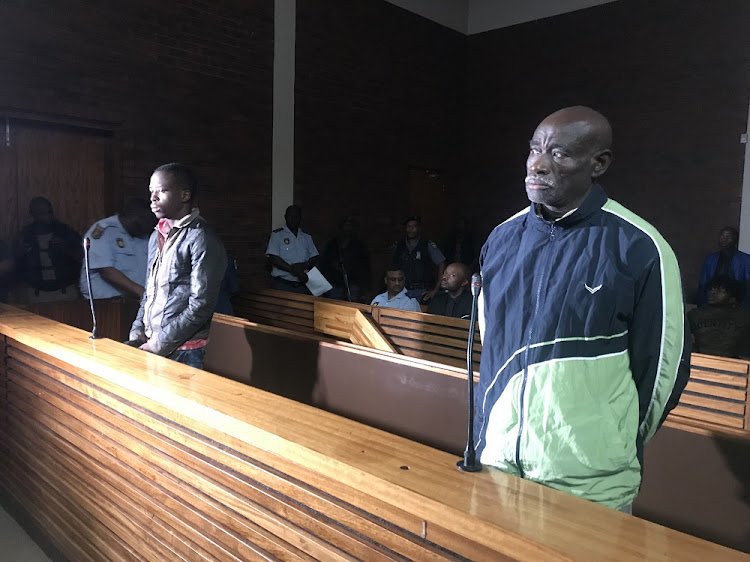 The bail hearing of two men accused of killing seven family members in Vlakfontein has been postponed to Wednesday as one of them fell ill.

Ernest Mabaso’s lawyer, William Sekgatja, told the court that his client had fallen ill over the past three days and would need to be examined by a medical practitioner.

Mabaso, along with Fita Khupe, 61, on Tuesday appeared briefly in the Protea magistrate’s court where they face seven counts of murder, and two of theft.

“My client has been sick for the past three days and urgently needs to see a doctor. He said he has pains and had been collapsing since Friday,” Sekgatja said.

The matter against two men accused of killing seven family members in Vlakfontein last month has been postponed.
News
3 years ago

During the previous appearance, the court heard how members of the Khoza family - three women and four children - were killed.

The three women were allegedly raped by Mabaso, while they were also bludgeoned with a hammer or were suffocated.

Mabaso admitted to killing the family members, but said he was forced to do so by Khupe and his gang from Cape Town that had kidnapped him three years ago.

He said they forced him into a life of crime and instructed him to move to Johannesburg to kill the Khoza family.

Mabaso alleges Khupe was in the house when some of the murders took place and issued instructions for the killings.