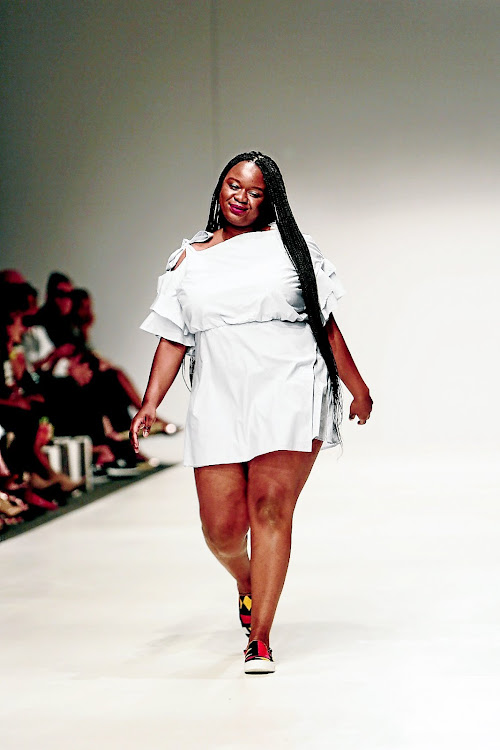 Concertgoers who were supposed to bask in the glory of seeing Beyoncé's live performance at Global Citizen Festival: Mandela 100 at FNB on Sunday, were instead horrified by crime they witnessed.

The City of Joburg confirmed that seven people were arrested for various crimes at the stadium. Among those caught in the horror crime incidences was model and social media influencer Lesego "Thickleeyonce" Legobane. Together with her two friends, Legobane had decided to take a walk to a Sasol garage near FNB Stadium to request for an Uber ride.

She told Sowetan that while waiting with a large crowd at the garage, one person shouted "gun!" after presumably being held at gunpoint. "We chilled a bit when we got there. Someone started screaming, 'gun! gun!' and we just ran," she said.

"They didn't shoot or anything. Everyone started running and some people were sitting down ... so they were getting stepped on.

"It was so bad. None of us got hurt. I remember seeing one police car. It wasn't there for controlling people, it was passing. We decided we were not going to stay because it was obviously not safe."

Eventually, they decided to go back to the Uber station and patiently waited for a ride. They left after 2.30am and paid R380 for a 2km drive.

Legobane also detailed how on their way to the garage they also witnessed a man being stabbed for his phone. "He was in front of us. It was really dark and he ran to a security guard. There was an ambulance nearby and we watched it take off with him," she added.

In a seven-minute long YouTube video titled I Almost Got Killed at Global Citizen After Beyoncé at The Sasol Garage, social media star Lasizwe Dambuza also detailed his horrific experience. "I have never been this terrified . when we moved out to the Sasol garage everything just went south. People are getting robbed, mugged and stabbed. People were just in a frenzy."

Imaan Moosa also took to Twitter to express her disgust after her friend's phone was snatched outside the garage.

"A man ran up to my friend and snatched her phone. It happened within a second. We hurried back to where the crowd was. Two minutes later, a girl screamed [that] her phone was stolen and the thief had run off. A short while after that, a girl came past clutching herself. She was mugged and a knife was pulled on her," she said.

City of Johannesburg MMC for public safety Michael Sun confirmed that seven people were arrested. "I have received confirmation that JMPD had arrested seven suspects at the Global Citizen Festival for amongst others, common robbery and assault of a police officer," said Sun.

"We will be working closely with SAPS to assist with the investigation and we also need to understand the cause of the problem so we can avoid these kind of incidences from reoccurring in future."

Sun said 236 metro police officers, 104 JMPD patrol vehicles and 18 JMPD motorbikes were dispatched as part for the event while overall planning was facilitated by a National Joint Operation and Intelligence Structure which was led by the SAPS.

"We are shocked to learn of the several reports of mugging and attacks ... we have learned that only one incident was formally reported, which goes in stark contrast to the many reports surfacing all over media."

TimesLIVE has obtained video evidence of the horror stories that emerged following the Global Citizen Festival in Soweto on December 2 2018. After the much-anticipated event ended, a number of people took to social media to share their experiences of violent crime that took place while they waited for transport home.