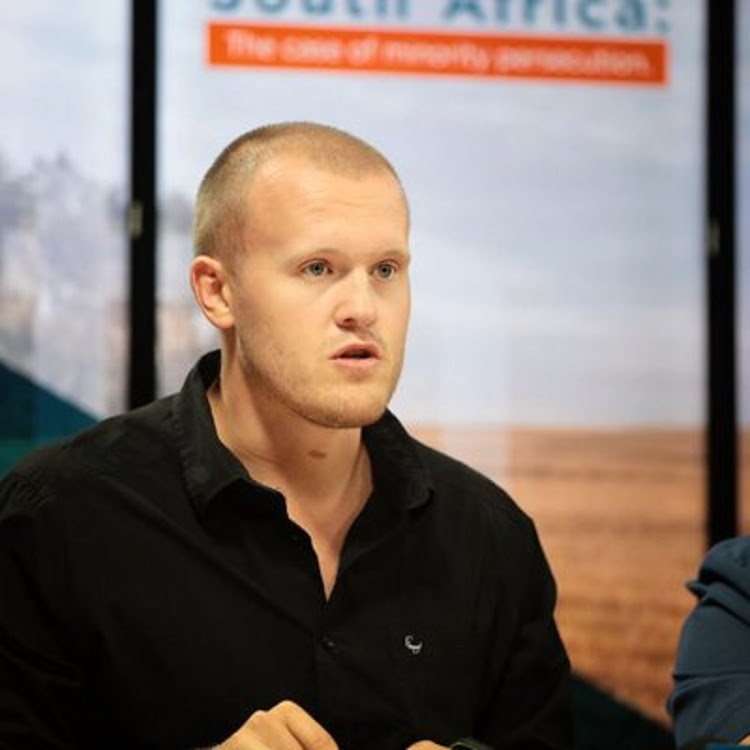 The civil rights group AfriForum is on the campaign trail again. This time they’re Down Under to discuss farm attacks and murders.

“We feel it’s very important that we continue putting pressure from Australia’s side on the South African government to do something‚” AfriForum head of community safety Ian Cameron said in an interview on Sky News Australia on Sunday.

Cameron also met with Australian MP and chairperson of the joint committee on intelligence and security Andrew Hastie and will deliver a presentation in the parliament of Western Australian in Perth on Tuesday.

“The South African government and especially President Cyril Ramaphosa’s blatant denial of farm murders is viewed here by most mainstream role-players as a disgrace. We are now relating the stories of people whose lives have been and are still being destroyed by a government who has turned its back on these victims‚” Cameron said referring to Ramaphosa’s interview with Bloomberg last month.

Presidency spokesperson Khusela Diko later said Ramaphosa was responding to Trump’s tweet claiming there is “land and farm seizures and expropriations and the large-scale killing of farmers”.

“This is what the president (Ramaphosa) was dismissing and we reject the notion that he lied. Crime happens in all our communities including townships‚ rural areas‚ farms and suburbs.”

Trump tweeted on August 23: “I have asked Secretary of State Mike Pompeo to closely study the South Africa land and farm seizures and expropriations and the large-scale killing of farmers.”

I have asked Secretary of State @SecPompeo to closely study the South Africa land and farm seizures and expropriations and the large scale killing of farmers. “South African Government is now seizing land from white farmers.” @TuckerCarlson @FoxNews

Ramaphosa’s remarks ruffled AfriForum’s feathers‚ with the organisation saying it planned on sending the loved ones of victims to the United States to raise international awareness about farm murders‚ farm attacks and land expropriation without compensation.

According to the latest crime statistics‚ there were 62 recorded farm murders‚ 33 house robberies‚ six attempted murders and two rapes on farms in 2017/18. This pales in comparison with the 57 South Africans murdered daily.

In March this year‚ the Australian government said it was considering fast-tracking visas for white South African farmers so they could flee their “horrific circumstances” for a “civilised country”.

The Presidency is trying to soften the fallout after President Cyril Ramaphosa said there are no farm murders or land grabs in South Africa.
News
3 years ago

“If you look at the footage‚ you hear the stories and you read the accounts‚ it’s a horrific circumstance that they face‚” Dutton told Sydney’s Daily Telegraph.

The South African government however rebuked Dutton’s statement‚ saying: “That threat does not exist … There is no reason for any government in the world to suspect that a section of South Africans is under danger from their own democratically-elected government.”

Netwerk24 reported that AfriForum chief executive Kallie Kriel and deputy chief executive Ernst Roets visited the United States in May this year to raise awareness about the farm attacks and murders . Roets appeared on Fox News’ Tucker Carlson Tonight during their visit.