Jiba to be barred from NPA work‚ says Shaun Abrahams 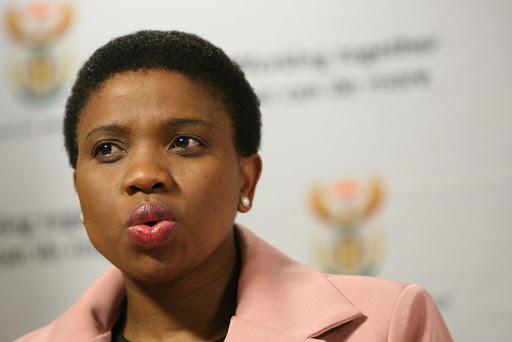 Prosecutions boss Shaun Abrahams has promised that he will not allow his controversial deputy Nomgcobo Jiba to perform any official functions at the National Prosecuting Authority‚ but insists he did not commit contempt of court by allowing her to visit the NPA’s offices.

Abrahams‚ through the State Attorney‚ was responding to Freedom Under Law’s threats to sue both him and Jiba for allegedly defying a court order that blocked the former acting NPA head from entering the NPA’s offices‚ or performing any of her official functions there.

The FUL’s objections come as Abrahams waits to learn if he will continue to lead the NPA‚ with the Constitutional Court still mulling if his appointment by former president Jacob Zuma is valid or not.

The threatened legal action from FUL could not‚ therefore‚ have come at a worse time for Abrahams – who has repeatedly insisted that he was not Zuma’s puppet and is fit to lead the NPA.

FUL claims Abrahams and Jiba either deliberately ignored a court order that blocked the former acting prosecutions head from entering the NPA’s offices‚ or “they are ignorant of the effect of court orders and settled law”.

“Either way they are unfit for any public office‚ let alone two of the highest law-enforcement positions in the country‚” says FUL’s Nicole Fritz.

Freedom Under Law (FUL) has instructed its attorneys to prepare an application to seek contempt of court orders against National Director of Public ...
News
3 years ago

The NPA maintains that the ruling that FUL has accused Jiba and Abrahams of defying has been suspended‚ because it is currently being appealed. Abrahams says he allowed Jiba to visit the NPA’s office three times because of this. But FUL is not convinced. In a letter sent to the NPA earlier this week‚ FUL’s lawyers said this statement by Abrahams “amounts to an admission that (Jiba and Abrahams) have flagrantly breached‚ and acted in contempt of‚ the order of the Full Court dated 21 December 2017”.

They further said that Abrahams’s argument that the order had been suspended was “outrageous” and based on “desperate” and “unsustainable” interpretation of the law. If Abrahams and Jiba wanted the effect of the order suspended‚ they argue‚ it was up to them to apply to court for such a suspension.

“There can be no clearer case of wilful disobedience of the order (or the aiding and abetting thereof) than the present case‚” FUL’s lawyers write in a letter to the State Attorney.

“The above unlawful conduct of Mr Abrahams and Ms Jiba simply provides further evidence that they are unfit for any public office‚ let alone two of the highest law enforcement offices in the land.”

But the State Attorney – on behalf of Abrahams and the NPA – maintain that it is FUL who have got it wrong‚ and insist that the ruling in question has indeed been put on ice.

“Our client (Abrahams) is of course mindful of the importance of strict compliance with orders of court. He will neither willfully or intentionally defy such orders‚ nor did he do so‚” State Attorney Peter Seleka wrote to FUL on Tuesday.

Ramaphosa will have to face conundrum on Abrahams's fitness for office

“Our client has always acted in the bona fide belief‚ which he still holds‚ that by virtue of the law and the rules of court‚ the order is suspended.”

Jiba was struck from the roll of advocates by the North Gauteng High Court in September 2016‚ after the court found that she was not fit and proper for the position. She had come under fire over her irrational decision to drop charges against crime intelligence head and self-proclaimed Jacob Zuma loyalist Richard Mdluli‚ a decision that was subsequently overturned in court.

The High Court then ordered in December last year that “pending the finalisation of her appeal against that ruling‚ (Jiba) be prohibited from entering the offices of the National Prosecuting Authority or performing any functions relating to her position in the NPA”. That appeal was heard in March this year.

Abrahams has now stated‚ in response to an ultimatum by FUL‚ that there is “no requirement” for Jiba to come to the NPA offices or discuss pending NPA cases.

“(Abrahams) has confirmed that Ms Jiba has not performed any functions relating to her office in the NPA‚ nor will he allow her to do so‚” Seleka wrote to FUL.