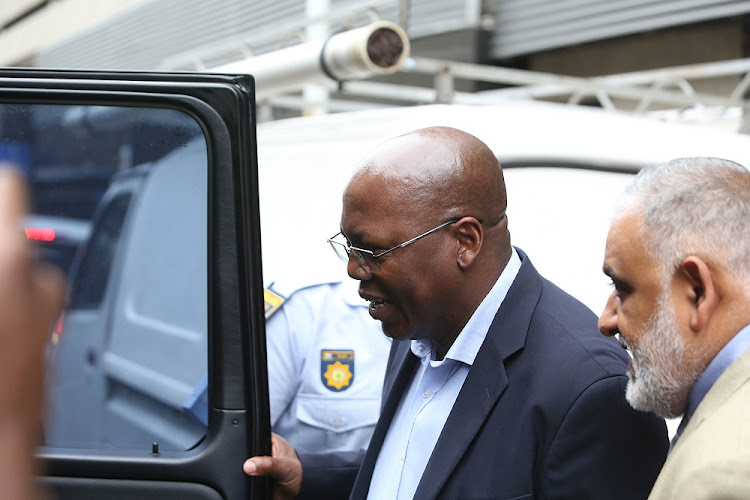 On the day that former president Jacob Zuma heads back to court for graft and racketeering charges‚ the ANC in KZN is set to finally hold its controversial provincial elective conference.

The ANC's national executive committee announced amidst a backdrop of ongoing political killings and court action that thousands of delegates are set to attend the PEC at the University of Zululand from Friday June 8.

On the day‚ Zuma is expected to make his second appearance in the Durban High Court where he faces 16 charges that include fraud‚ corruption and racketeering.

These charges relate to 783 payments which he allegedly received as a bribe to protect French arms company Thales from an investigation into the controversial multi-billion rand arms deal. The alleged bribe was facilitated by Zuma’s former financial adviser Schabir Shaik.

Meanwhile‚ City Press reported that the leadership impasse which has caused numerous delays in the process of the hosting of the PEC has been set aside as members aligned to president Ramaphosa have made way for pro-Zuma candiate Sihle Zikalala to run uncontested as the party's KZN branch chair.

If Nelson Mandela was still alive he would have called for unity and end to a spate of political killings that have ravaged in KwaZulu-Natal.
News
4 years ago

The stipulation is that candidate Mike Mabuyakhulu will run unopposed as his deputy.

The party grappled with a leadership void in KZN with a court challenge by a group of 'rebels' having successfully nullified the elective process which saw the installation of a new provincial executive committee in 2016.

The group sought to dissolve the legitimacy of ANC provincial secretary Super Zuma‚ provincial chairperson Sihle Zikalala as well as 38 other ANC leaders following the controversial PEC in November 2015.

The ANC in the province confirmed that four regions - Emalahleni‚ Far North‚ Musa Dladla and Inkosi Bhambatha - had successfully convened their branch general meetings and met the 70% threshold required to convene their regional conferences to elect new leadership.

However the ANC said four regions had been identified by the party as problematic - eThekwini‚ Harry Gwala‚ Lower South Coast and Moses Mabhida - because of their failure to deal with infighting.

The renewed call for postponement comes after Pietermaritzburg ANC councillor Musawenkosi Mqatha Mchunu was killed two weeks ago‚ a day after he called for the elective conference in the Moses Mabhida region to be postponed.

In a statement issued on Sunday‚ the ANC in KZN said ANC leaders elected on the weekend must ensure that the party registers "a resounding victory in the 2019 elections". ANC eThekwini regional secretary Bheki Ntuli said the elected leaders would be responsible for the party's win the next general election.

"This elective conference is a constitutional process in which we have an opportunity to assess the performance of our movement and review the implementation of programs aimed at advancing the National Democratic Revolution‚" he said.

The region‚ which is the largest in the province‚ will be represented by delegates who would ensure that resolutions adopted at the party's national Nasrec conference in December will be discussed at the conference.

"These include land expropriation without compensation‚ the nationalisation of the South African Reserve Bank‚ Radical Economic Transformation and free education‚" Ntuli said.

The region reiterated its "firm support" behind party president Cyril Ramaphosa and the entire leadership elected at Nasrec. "We have agreed that we need to double our efforts to promote unity in all branches across the region. The message of unity will be delivered by our delegates at the University of Zululand‚" Ntuli said.

The party has lost several of its members in politically-motivated killings in the past year.

Ntuli was hopeful that newly-appointed provincial police commissioner Nhlanhla Mkhwanazi will implore law enforcement agencies to be "firm and act decisively to root out rogue elements" behind political killings. "Resources must be allocated to ensure intelligence gathering to detect planned political motivated murders."

"We are calling upon members of the public and various political parties to work with law enforcement agencies to prevent the worrying wave of political leaders’ deaths."