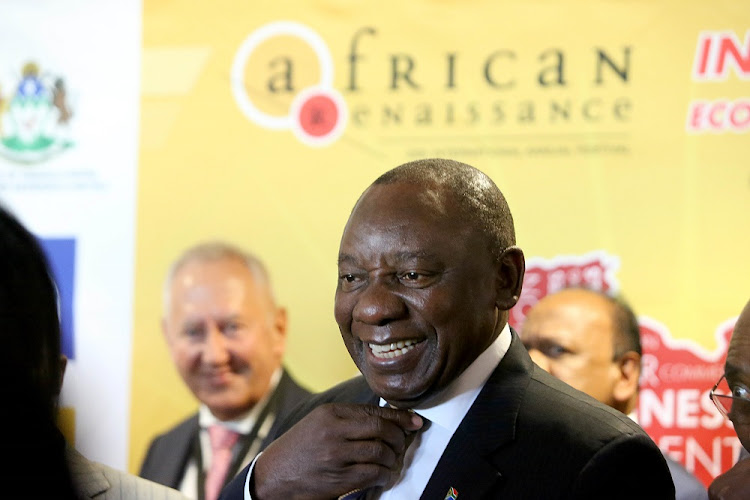 If Nelson Mandela was still alive he would have called for unity and end to a spate of political killings that have ravaged in KwaZulu-Natal.

The late president would have also spoken strongly against disagreements that result in political killings‚ but encouraged dialogue and unity underpinned by consensus.

That was a message delivered by President Cyril Ramaphosa in his official address at the opening of the 20th African Renaissance Conference in Durban on Thursday.

Ramaphosa said South Africa remains inspired by Madiba’s words when he said: “I dream of the realisation of the unity of Africa‚ whereby its leaders combine in their efforts to solve the problems of this continent.”

“This dream that Madiba had‚ the dream of unity‚ was not only for Africa but was also for our own country. It was also a dream for our own very province here. If Madiba were alive today he would say: I dream of a realisation of unity of our people here in KZN.

“He would have spoken very vocally and loudly and [would have] said some of the expressions of disagreements‚ that manifest themselves in the killing of other people that we disagree with‚ must come to an end‚” said Ramaphosa.

He said Mandela would have emphasised the need for dialogue and unity anchored on consensus building.

“Madiba would have said unity should be underpinned by dialogue‚ unity should be underpinned by consensus building. And that‚ rather than resort to means where we kill each other‚ we should rather be sitting down and having discussions to build this unity that we so need here in KZN. And the killings must come to an end. So I say here today that the killings that are happening here must come to an end.”

Ramaphosa made the political killings in the province a priority last week and assembled a team of security cluster ministers — including police minister Bheki Cele‚ state security minister Dipuo Letsatsi-Duba‚ defence minister Nosiviwe Mapisa-Nqakula‚ justice minister Michael Masutha‚ NPA head Shaun Abrahams‚ and national police commissioner General Kehla Sitole — to investigate them and get to the bottom of the causes.

His speech came hours after a political task team with the assistance of the National Intervention Unit (NIU) arrested a KZN mayor‚ councillor and alleged hit man in the early hours of Thursday morning.

The team intercepted information of a plot to allegedly assassinate the municipal Speaker‚ who was alleged to be an obstacle in the awarding of a tender.

Ramaphosa said South Africa was also taking steps to implement a number of policies that will make it part of the development unfolding on the continent.

“Right now we are putting the building blocks in place and in a number of places the building are already going up. Having inherited a past that we are not proud of‚ we have had to adopt policies that are going to rapidly advance the interest of our people.”

One of KwaZulu-Natal hitmen was asked to demonstrate to court on Friday how he managed to shoot his target.
News
4 years ago

One of those policies‚ he said‚ was radical economic transformation‚ which is aimed at transforming an economy that remains largely characterised by structural flaws of a racist and patriarchal past.

“Our policy of radical economic transformation is also based on the imperative that as a country we should find ways of utilising the resources of our country to full effect. This we have to do because the apartheid system designed the economy of our country and indeed everything else in our country in a way where resources were just utilised to serve the interest of a minority.”

He said land‚ which he described as the most important resource in any country‚ was also utilised to advance the interests of a minority.

“Where do you find a situation where 87% of the land of the country is set aside for less than 10% of the population and the majority is allocated 13%? This is what we have to deal with and this is what we have decided we are going to deal with so that we utilise the full resources of our country to advance the interests of our people.

“That is why the question of land has to be dealt with. We have to distribute land to our people through a process of expropriating that land and distributing it to the majority of our people. This is what we believe that our forebears would have been proud of to know: That the resources of our country‚ of our continent are being exploited to the hilt and are being used to advance the interests of all our people and not just a minority.”

President Cyril Ramaphosa is moving with speed in a bid to halt the political killings that continue unabated in KwaZulu-Natal.
News
4 years ago
Next Article