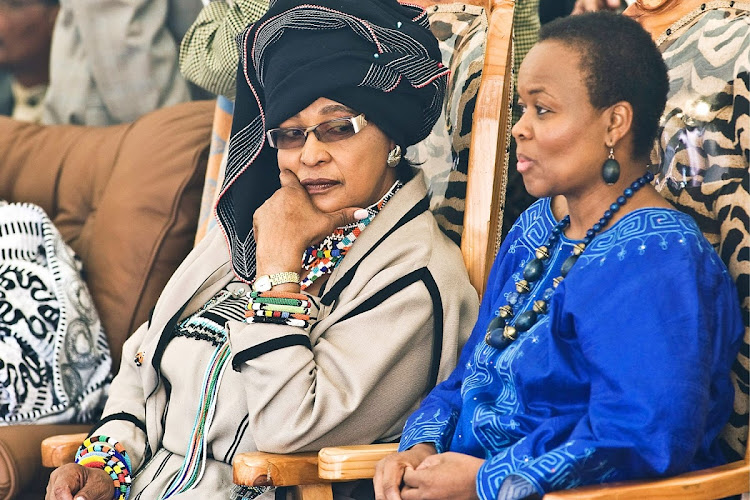 Political analyst Sipho Seepe says Winnie Madikizela-Mandela defeated efforts to pull her down from both the apartheid administration and the democratic government.

Seepe spoke to TimesLIVE just after 5am on Saturday‚ as he arrived at Mama Winnie’s home in Orlando West‚ Soweto.

He said his decision to come so early was influenced by the kind of woman that Mama Winnie was and the fact that “this is the only chance” he would have to pay his last respects to the woman known as the mother of the nation.

At dawn‚ the roads leading to the house were already closed to traffic as Soweto and the nation prepares to bid farewell to the woman loved by many and celebrated mostly by the poor.

Seepe said he met Mama Winnie in the early 1980s at the height of the apartheid era.

“When 1976 erupted during the student uprising‚ it was people like her who provided political guidance. She became inscribed in the souls and minds of Sowetans. Her influence even went beyond Soweto‚ it became national and global.

“Mam’ Winnie was a true reflection of Soweto and that’s why we are here to take her home.” These were the words of Jacob Leboa, who was among ...
News
3 years ago

It is a quiet morning in Orlando West‚ Soweto‚ early on Saturday morning as the nation prepares to bid its last respects to Winnie.
News
3 years ago

“At a time when people were scared to say they are members of the ANC because it meant going to jail‚ she was the person who stood up in public to say 'I am a member of the African National Congress'.

"She became a beacon of hope for all. She was also a symbol of resistance and of defiance. She actually shaped the young people of the 70s and the 80s.

“She was politically sophisticated. She never tried to have the ANC or herself compete to say the ANC is superior than any other party‚ but worked with all groupings. Even though she was ANC‚ she did not see anything wrong working with the Black Consciousness Movement . . . She became too big for the regime. White supremacy was afraid of her. What we know is that there was a total onslaught and strategy to destroy her. But her connectedness with the people sustained her. There are very few people who have gone through so much‚” said Seepe.

Mama Winnie’s body arrived at her home in Orlando West from the funeral parlour on Friday afternoon and will depart at 8.55am for Orlando Stadium where the funeral will be held from nine this morning.

“In as much as she fought against apartheid regime‚ she also had to fight patriarchy within her own organisation. She became a victim. Men in the organisation could not stand a woman with such popularity . . . She is an embodiment of resistance through and through.

“She represented her people and was never arrogant. She remained humble and never made it her business to insult political leaders . . . As she said that there is no pain that she does not know. There is no form of harassment that she does not know‚ even the ANC government could do nothing to her. They removed her from government but because she was inscribed in the souls and hearts of the people on the ground‚ they did not succeed. It was not a coincidence that when everybody was rushing to the suburbs to go and live with the whites‚ she said I’d rather be with my people‚” said Seepe.

“Mam’ Winnie was a true reflection of Soweto and that’s why we are here to take her home.” These were the words of Jacob Leboa, who was among ...
News
3 years ago

President Cyril Ramaphosa has condemned those who criticise Winnie Madikizela-Mandela “even in death”.
News
3 years ago

Mzansi was left shocked and outraged on Wednesday when a tell-all documentary about the life of Winnie Madikizela-Mandela was screened‚ leading to ...
News
3 years ago

Ramaphosa says Winnie was a fearless leader who hated corruption

President Cyril Ramaphosa has described the late Winnie Madikizela-Mandela as a fearless leader.
News
3 years ago

Police have confiscated firearms carried by three people after gunshots were fired near to the home of the late Winnie Madikizela-Mandela.
News
3 years ago