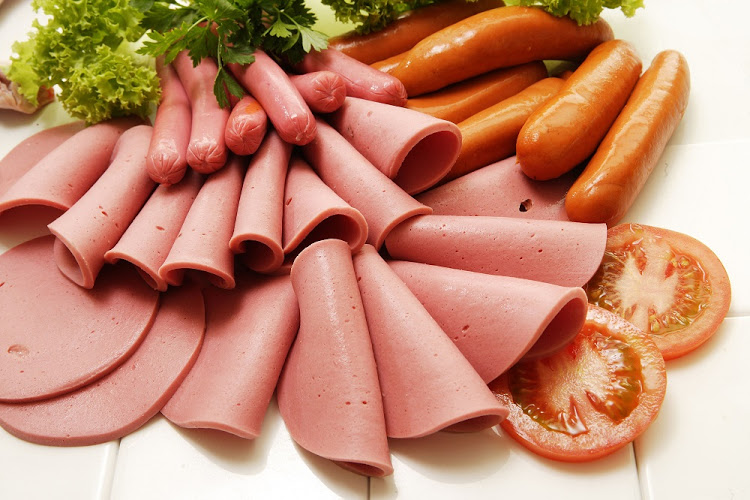 Polony and other ready-to-eat processed meat manufacturers who have been desperately attempting to distance themselves from the Enterprise and Rainbow products recalled due to listeria contamination were left reeling on Wednesday by the news that the primary source of the listeriosis outbreak remains unknown.

The Democratic Alliance claimed that at a parliamentary briefing on Wednesday‚ the ministries of health‚ trade and industry‚ and agriculture‚ forestry and fisheries admitted that although traces of listeria were found at both the Enterprise and RCL’s Rainbow chicken polony facilities‚ they were not the primary sources of the outbreak.

“It is now apparent that the government … has opted for prematurely scapegoating Enterprise and Rainbow because it does not have proper emergency plans in place to contain this outbreak‚” the DA said in a statement.

Asked to comment‚ food safety expert Dr Lucia Anelich said she was unsure what was meant by “primary source” of the outbreak. “We know that the outbreak strain of listeria‚ ST6‚ was found in the Enterprise plant‚ but it’s true that we don’t know its origin‚” she said.

The national health department has confirmed the listeria bacteria found at the Rainbow Chicken polony factory is not the ST6 strain.
News
4 years ago

Both health minister Dr Aaron Motsoaledi and the National Institute for Communicable Diseases’ Dr Juno Thomas have been consistently warning consumers to avoid all ready-to-eat processed meats‚ including polony‚ viennas and ham “until there is further clarity as to the extent of product contamination”.

“The finding that the external casing of polony products sampled at the Enterprise Foods’ Polokwane production facility were found to be contaminated with the outbreak strain of L. monocytogenes‚ which means that there was a likelihood of cross-contamination of other RTE processed meat products when stacked together in cold storage and refrigerators at retail level‚ including products of different brands from different manufacturers‚” Thomas said this week.

“My understanding is that the Department of Health is currently investigating other RTE processed meat producers and retailers are also conducting their own tests on house-brand RTE processed meats to ensure safety.”

The NICD has not updated the listeriosis statistics - 978 confirmed cases and 183 deaths - since March 13‚ having previously updated them weekly or at least every 10 days.

“We have a right to know the latest numbers‚” said Anelich on Wednesday. “It’s very strange that we’ve not had an update for so long.”

WHO: No need to ban SA meats

The World Health Organisation (WHO) has warned against a trade ban on South African meat products as a result of the on-going Listeria outbreak.
News
4 years ago

Two weeks ago Enterprise Foods added its Snax range‚ including polony‚ to its recall list after another sample tested positive for listeria.

But consumers are still faced with many brands of polony‚ viennas and other ready-to-eat processed meats on sale in all the major supermarkets. SPAR’s Mike Prentice said the group didn’t believe it was appropriate to put an entire industry in jeopardy because a few products had been found to be contaminated with listeria. “We have ensured thorough deep cleaning of all areas of contact‚ from our distribution centres to the trucks‚ pallets and our fridges‚” he said.

Pick n Pay has issued a “Polony Promise” to its customers‚ saying its own-brand ready-to-eat polony‚ viennas and the like were “all produced to extremely high safety and hygiene standards".

“Our facilities are run independently‚ and all items have been tested to ensure they’re safe for consumption.”

The Shoprite group‚ which on March 16 recalled its Farmer's Deli red viennas after a positive listeria result - while not naming the manufacturer - said it would continue to “act immediately” should any other products be identified as a “possible or definite health risk”‚ but maintained a total recall of all ready-to-eat processed meat was not justified.

"Although the market has shrunk over the past month‚ consumer demand still exists‚ especially with consumer choice becoming limited as a result of the removal of most brands of viennas and polony from the market‚” the group said.

“The retail industry also has a responsibility in terms of the livelihood of thousands of people employed by supplier companies and to remove all processed meat products out of the market without adequate justification would directly result in job losses and impact on the country's economy.”

There are more than 100 polony factories around the country‚ most of them small‚ independent producers.

“Although much can be said and debated about the nutritional quality and differences between various polony brands‚ dependent on the main protein source used in their manufacture‚ the fact remains that these processed meat products served as a source of protein to many consumers‚ and probably more so for lower LSM consumers‚” he said.

“What will they replace them with in their diets to fulfil their protein requirements?”

The KwaZulu-Natal health department is awaiting a report from the National Institute for Communicable Diseases.
News
4 years ago

Listeriosis outbreak and death toll could be much higher as countries in the SADC region‚ do not have the ability to test and monitor listeriosis ...
News
4 years ago

Two top consumer lawyers who warned about class action by listeriosis victims against Tiger Brands‚ are no longer giving interviews to the media.
News
4 years ago

Killing off listeria in meat products

It would take 140 degrees of intense heat and shredding at a medical waste treatment plant to kill off deadly listeriosis-causing bacteria.
News
4 years ago

Nine days ago Bonjie realised with horror that her food choices had “poisoned” her baby daughter.
News
4 years ago
Next Article