Zimbabwean opposition rival bounces back and claims a seat in parliament 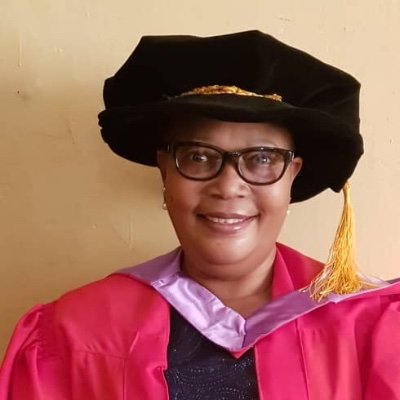 From receiving just over 45,000 votes in the 2018 Zimbabwe presidential elections to being sworn in as the leader of the opposition in parliament, the MDC-T’s Thokozani Khupe’s political fortunes have been dramatic.

Clad in a shiny silver outfit and a blue Covid-19 mask, Khupe, a former deputy prime minister during the power-sharing government of Robert Mugabe and Morgan Tsvangirai between 2009 and 2013, she took up her seat in parliament much to the disgust of the MDC Alliance.

Speaking to journalists outside parliament, Khupe said she was the natural leader of the party. “I’m the most senior MDC-T MP right now, so I’m naturally the leader of the opposition in the august house. I am happy to be working for the family of Zimbabwe,” she said.

When Tsvangirai died on February 14 2018, a leadership tussle among his three deputies — Khupe, Nelson Chamisa, and Elias Muduziri — ensured. It was Chamisa who took over the levers of power, but it was controversial as it did not go to congress. This relegated the other two out of the party presidency.

What followed was Chamisa forming a coalition party with seven other political parties, most of whose leaders had been members of the MDC since its inception in 1999. Khupe, who among the three was the only elected vice-president of the MDC-T in 2014, while the other two were appointed by Tsvangirai to balance internal politics, went to the July 2018 polls as the MDC-T candidate.

Armed with a Supreme Court ruling, Khupe has bounced back, in the process recalling legislators and councillors who joined the Alliance with Chamisa. The supreme court upheld an earlier ruling that Khupe as an elected VP as per 2014 party congress should be an interim leader until she calls for an extraordinary congress.

It is because of those vacant posts that she returns to parliament on a proportional representation ticket.

However, MDC Alliance spokesperson Fadzayi Mahere said Khupe’s return to parliament was a fraud because she does not have the popular support of the electorate.

“Khupe was rejected by the people in 2018. It is a fraud that she is now returning to parliament through the back door and as the leader of a party that beat her by more than two million votes,” Mahere told journalists.

Last week Vice-President Constantino Chiwenga blocked by-elections for parliamentary and council seats left vacant by the recalled politicians. This put a dent on the MDC Alliance’s plans to contest the seats. As such, MDC Alliancesecretary-general Charlton Hwende said Khupe’s swearing into parliament was “a sad day for democracy and the end of a people’s parliament” because President Mnangagwa has allegedly captured all arms of the state.

Khupe is part of President Mnangagwa's Political Actors Dialogue (POLAD) an organisation of 17 political parties sympathetic to him.

Zimbabwe's finance minister said on Monday the economy would not be as severely impacted by the COVID-19 pandemic as initially feared and foreign ...
News
11 months ago

Zimbabwe's ruling Zanu-PF party will, in the next few weeks, table in parliament the Patriot Bill, a law that will criminalise communicating with ...
News
11 months ago
Next Article