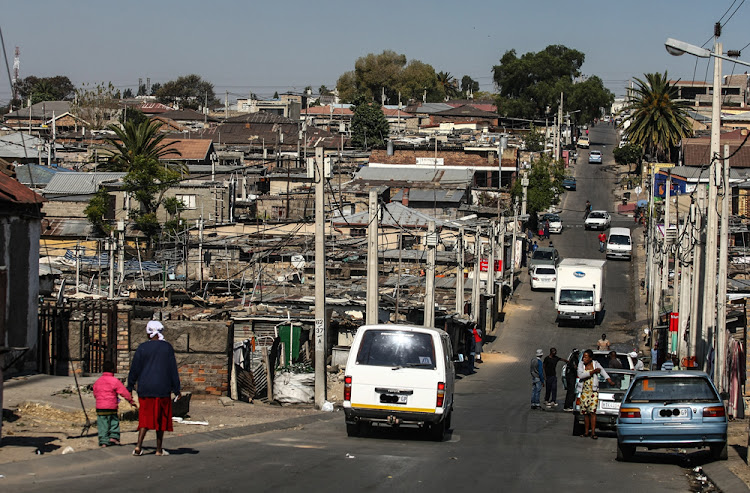 General view of a street in Alexandra
Image: Simphiwe Nkwali

The Gauteng department of health has finally confirmed a case of Covid-19 in Alexandra.

Spokesperson of the department Kwara Kekana confirmed the case late on Monday after the national department had described it as a “speculation”.

“The department can confirm that there are five people who are currently under quarantine after being in close contact with a confirmed case. The confirmed case, tested and was instructed to remain under self-isolation while awaiting results.

“Upon positive confirmation of results, our team of tracers working with law enforcement agencies tracked the confirmed case to Limpopo. He had disregarded an instruction and travelled outside of the province last week before the lockdown. He is currently under isolation in a health facility in Limpopo,” said Kekana.

He said that all those who are known to have had close contact with the person have been identified, tested and are also in quarantine pending the results.

The department of health has dismissed reports that someone has tested positive for Covid-19 in Alexandra township, Johannesburg.
News
1 year ago

Congress of the People (Cope) leader Mosiuoa Lekota will on Saturday be going for a Covid-19 test.
News
1 year ago

“Our tracing team will continue to work on the tracking and tracing of other possible contacts,” Kekana said.

Earlier, television channel Newsroom Afrika reported about a case of a person who had tested positive in Alexandra. However, the national department of health described the reports as speculation and rumours, adding that the health minister would give official numbers early on Monday evening.

There have been fears across Gauteng that if the coronavirus reached densely populated spaces such as Alexandra and Diepsloot, infections would rise exponentially and make it difficult for the government to contain the spread of the disease.

Informal settlements are known for being very congested spaces which make it difficult for people to observe some of the safety requirements the government has introduced, such as social distancing.

Only one Gauteng Covid-19 patient still in ICU, and recovering well: MEC

Of the 584 people in Gauteng who have tested positive for the coronavirus, 15 are in hospital,
News
1 year ago

Limpopo police arrested a COVID-19 patient who failed to quarantine in Gauteng after testing positive.
News
1 year ago
Next Article