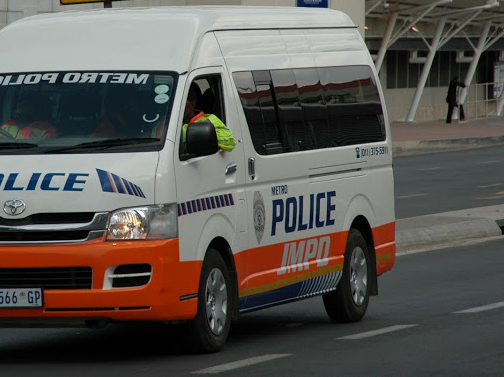 The City of Johannesburg has concluded investigations into a traffic officer who pinned down an allegedly drunk woman, finding that the official did not do anything wrong.

MMC for public safety Michael Sun said: “I have recently been informed of the outcome of the investigation into the circumstances behind the viral video of a woman being restrained by a Johannesburg Metropolitan Police Department officer while a nurse prepares to draw blood from the person.

Sun said  despite no formal complaint being received against any of the officers involved, “I immediately instructed an internal investigation into what had transpired before, during and after the part of the incident which was captured on video, assuring our residents that any wrongdoing would be acted upon after the woman was stopped at a road block and found driving under the influence of alcohol.”

The incident happened at the Douglasdale police station.

JMPD's Wayne Minnar said the video did look disturbing. “But section 37 of the Criminal Procedure Act states that an officer may restrain a person in order to take a blood sample in relation to a charge of driving under the influence of intoxicating liquor where the alcohol was above limits,” he said.

“Although we do indeed recognise that the video in itself is disturbing, the findings of the investigation do not paint a similar picture."

Sun said: "In an effort to combat drunken driving, we could not succeed if we did not enforce and uphold law and order.”

Sun said, at times, this also means compelling people to follow a lawful instruction, ultimately, for the protection of all residents.

“From our internal investigation it was found that the JMPD officers involved had acted within the course and scope of their duties. There will, therefore, be no disciplinary actions taken unless any further evidence contradicting these findings comes forward,” said Sun.

The investigation revealed the following:  On July 5 2019, a joint operation by JMPD and the Douglasdale SAPS in the form of a road block was approved focusing on, among others, crime prevention, visible policing and drunk driving. The operation was set to commence from 9pm on July 5 to 4am on July 6.

Soon after the road block was set up, a female driver in a silver vehicle was stopped by one of the female JMPD officers. After an initial assessment by the JMPD officer, the driver was requested to be breathalysed.

Early in yesterday's cold morning, a woman was roused by the noise of someone banging on the wall next door.
News
2 years ago

After the JMPD officer explained the process, the driver cooperated with the breathalyser test, which showed the driver was over the legally allowed limit and that she was driving under the influence of alcohol.

Sun said the driver was then informed by the JMPD officer that she would be taken to the nearest police station, being Douglasdale, for further processing.

“On arrival at the Douglasdale SAPS, the driver was taken to a suitable facility where a nursing sister was on duty to assist with drawing blood. The driver became emotional and refused to cooperate,” said Sun.

Sun said the woman was only forced to cooperate after more than an hour of attempting to get her to do so and after the explanation by the nursing sister of the procedure of drawing a blood sample.

"The JMPD officer, in complying with relevant laws, in particular section 64F of the South African Police Service Act of 1995, section 36 of the Criminal Procedure Act of 1977 and section 65 of the National Road Traffic Act of 1996 in which it is stipulated that “no person shall refuse that a specimen of blood, or a specimen of breath, be taken of him or her.”

Police have disputed claims of being handed over the CCTV footage of the alleged racist attack of popular model Mirriam Ngomani by Time Square Casino.
News
2 years ago
Next Article