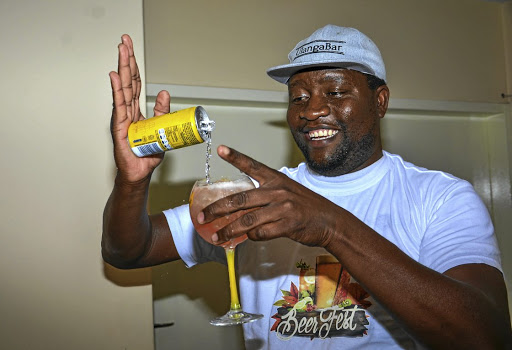 Lesiba Langa's passion for mixing cocktails saw him leave his profession to pursue his passion.

Ulanga Bar brings the kasi flavour to wherever you're at, with quirky drinks such as Manyonyoba and Mavuso.

Owner Lesiba Langa says his passion for mixing drinks is a result of working behind the bar during his student days.

The 40-year-old worked as a sports journalist and eventually PR Manager but gave it all up for the mobile bar gig. And as of last year, he is now focusing full time on his business.

Langa was known among his social circle for having the best drinks; his cooler box was always the one people made a beeline for at get-togethers.

Eventually, he decided to manage a friend's bar for their wedding.

"We were discussing and I was like, 'you know what, let me do your bar for you, let me manage it'."

The business started off as some drinks on a table, but after the first success Langa realised that he could make a business out of it. Within two years it became official.

The business was registered and a logo created - his friend gave him the idea to name it Ulanga Bar.

Having tasted his competitor's cocktails, Langa realised that he would do well.

#ThirstyThursday: get your coffee fix with these cocktail ideas

cool off with a coffee cocktail
S Mag
3 years ago

"The first time we did Sporo's Cookout, we were sold out by 5pm. We didn't know where to put money. I had money in my socks, in my underwear," he laughed.

His drive to be the best led him to seek out the most professional services to assist him in bettering his business. He went to Liquid Concepts, which helped him in the creation of his cocktails.

In a further bid to remain ahead of the rest, Langa decided that his cocktails should have unique names.

"We started coming up with funky names, names that would really interest someone."

Buhle is a mix of blue berry puree and Silver tequila, Hlaudi is a concoction of light rum and fruits, Mrs Gigabyte is peachy and hits the spot with it's tequila punch, while Midnight Starring's mix of lime Rancho and syrups will get you in a dancing mood.

Langa says Mavuso was the first cocktail they made after a Sunday World report exposing the infamous sex stokvel in Pretoria in 2016.

Langa has experimented extensively, once attempting to make a cocktail with umqombothi, which didn't work out so well and recently attempting a weed cocktail, called Azishe, in the comfort of his own home, of course. 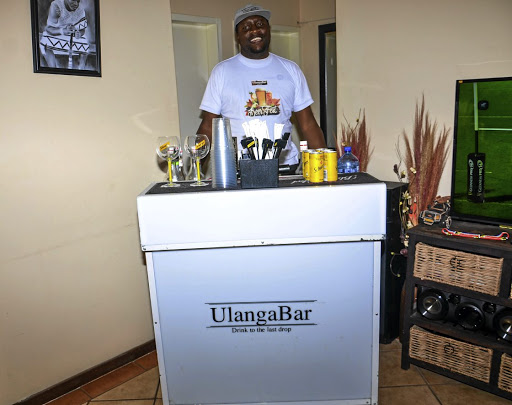 Currently, he is making milkshake cocktails, just for the spring and summer season.

"They're out of this world," he said.

They're called the MMM cocktails, for Motsetserepa, Mamazala and Mokete.

Langa's business partner is his wife Keitumetse, who is a food technologist and adds her expertise to the business.

"Right now we've started transcending into the white market and bigger corporate events. And for us that was key, to say that we're not just a black-owned company operating in a black market, we wanna operate in a South African market," Langa explained.

Ulanga Bar has been operational for four years. The company has now partnered with Coca-Cola and uses Schweppes products to make cocktails. In conjunction with the beverage brand, they've launched a competition where the winner gets a cocktail party at their house.

"The idea is to really become a premium mobile bar supplier that surpasses [the big players in the industry]. Everybody talks about us having a restaurant but that is something we'll see much later in the future."

For now, Langa wants to conquer the mobile bar market. He once had food on offer with the drinks but realised it became too complicated. "It's a niche market but it's a market we want to be perfect at."