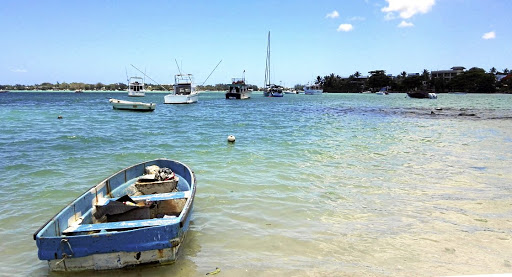 The ocean was a few metres away from the hotel. The permanent residents keep their boats in the water.
Image: Londiwe Dlomo

I spent my first night in Mauritius, muttering darkly about the lack of even a biscotti to eat and the foolishness I displayed in not having done a currency exchange at the airport.

You see I was hungry, and when I'm hungry I tend to get angry.

Due to the time difference and the distance from the airport to the hotel, we'd arrived at the Grand Baie Villas Ocean Hotel after 10pm.

I am in love with food, naturally I asked if we'd get a bite to eat. The chef of the restaurant was called and he empathically stated that the restaurant was closed. We were told that there were restaurants outside of the hotel where we could grab a bite to eat but we didn't have any rupees. We traipsed to our villa which at this point was a blur and I was holding on to the hope that there'd be a tea tray with some biscuits I could nibble on to quiet the rumble. There wasn't.

The villa was equipped with a kitchen that sported a fridge, crockery and cutlery, microwave, kettle and even a mini stove oven but did not have nary a biscotti in sight. The double-storey villa boasted two bedrooms and a bathroom on each floor, ideal for a family vacation or a couple staycation. 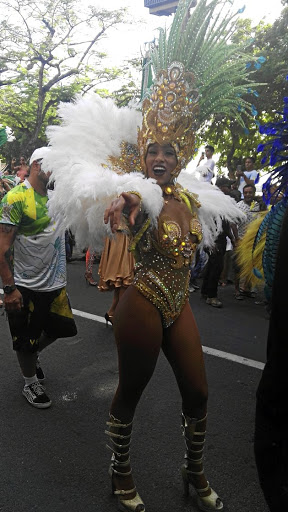 My last hope was perhaps a mint or chocolate on my pillow, which I didn't find hence the dark muttering and tossing and turning. I eventually went to bed and consoled myself with the fact that breakfast was at 7am.

The next morning dawned bright and hot and Mauritius and I became reacquainted. The clear blue skies and two-tone ocean called my name. All thoughts of an empty stomach were forgotten, the breakfast spread was impressive.

We had the morning to ourselves and our first activity would be to visit Rhumerie de Chamarel, a rummery in the town. We met university student Arvind, who upon learning that my tour companion and I were from SA, greeted us by saying 'Hello jou lekker ding! He was an informative and entertaining tour guide, who strived to learn a few words of Zulu. His attitude was indicative of the people of the island. Mauritians are very friendly, polite and genuinely appear to care for each other. Something interesting I saw was that all the police on the island were not carrying guns.

There were interesting tidbits learnt on the rum tour and the tasting introduced my palate to the differences in white rum and rum liqueur.

Other attractions in the town included a visit to the Chamarel Coloured Earth park which also houses a sanctuary for turtles and a programme that aims to restore wildlife on the island and we also took a turn at the Chamarel Waterfall.

There is no lack of things to see on the island - the five days spent were jampacked with visits to impressive sights. 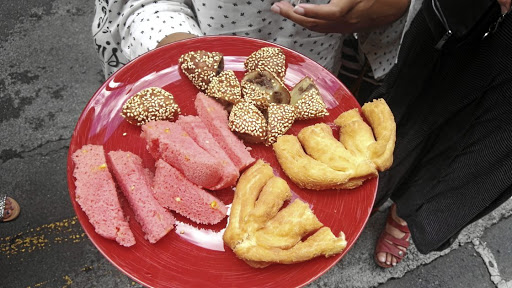 Like the visit to the L'Aventure du Sucre, where the island's long history with sugar, its biggest export, is uncovered. In its early history slaves used to work the sugar cane fields and then indentured labourers from India took over after slavery was abolished. This resulted in the island having a largely Indian population, who are mostly Tamil, yet speak French. Another native language on the island is Creole.

The interactive tour takes a little over 45 minutes. In the province of Le Morne sits a heritage site dedicated to a group of slaves who jumped off a mountain to escape slavery.

A fun activity if you're a walker who loves to explore is to go on a walking tour of Port Louis, facilitated by My Moris tour company. Moris is the name for Mauritius in Creole. The tour is fascinating; you experience the city which is reminiscent of Durban with the harbour, the large Indian population and the balmy weather. 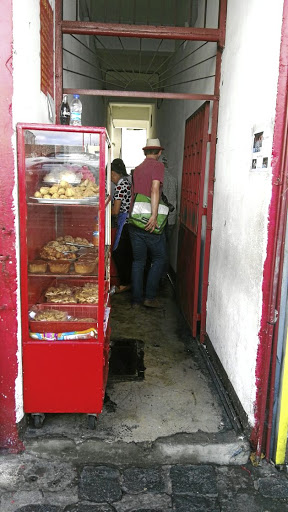 A restaurant in an alley in China Town, one of the stops on the walking tour.
Image: Londiwe Dlomo

We took a food tour, where we got to experience what a typical city-dwelling Mauritian would have as breakfast on the go. We ate a chilli ball made of crushed chickpeas. It is a tea-drinking country and there are still tea houses that one can get their brew from though it's a tradition that is dying out. The city centre is as packed and busy as that of downtown Johannesburg with traders crying out for you to sample their wares.

The difference, however, is that the cars on the street do stop to allow pedestrians to cross. A hawkers' market selling fruit and vegetables is reasonably priced. At the beginning of this article I made a huge fuss about food. It would be criminal of me not to mention that the food in Mauritius could be the best I've ever tasted in my life.

The fruit and vegetables were fresh and succulent, and I gorged myself on desserts I had never tasted before. Gato patate, a sweet potato and flour pocket with a coconut and sugar filling, a pink dessert called poutou (pronounced phutu) bought at a Chinese bakery. We also had some dumplings served in an alley restaurant in China Town. 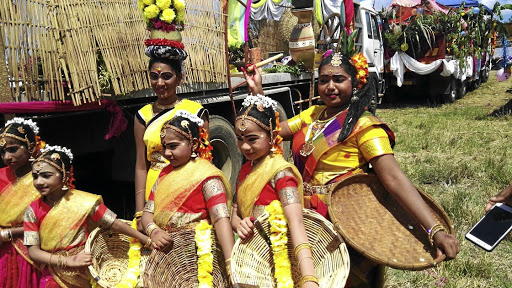 These young girls dressed in traditional attire were part of the parade.
Image: Londiwe Dlomo

Restaurant food is quite pricey - a lobster dinner costs about 2,500 Mauritian rupees which is roughly R1,000.

We got to experience the Festival International Kreol, a celebration of the country's heritage as a Creole-speaking nation. the experience included visits to different parts of the island, where we were treated to concerts, culminating in a carnival parade.

The spectacle showcased the islanders' unity in diversity with their Tamil, African and French heritage on display. When you're in Mauritius, especially for a coastal girl like me, it's like you're at home, you don't feel foreign at all.