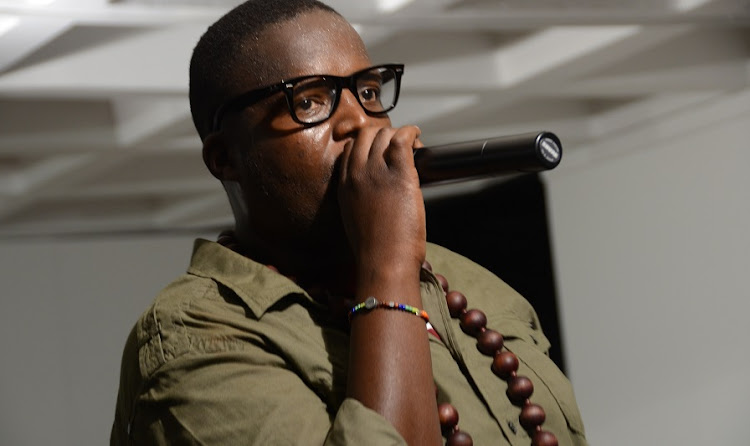 HHP's widow Lerato Sengadi has rejected calls for crowdfunding to erect a tombstone at her husband's grave, hitting back at suggestions she has neglected the site.

Lerato faced a barrage of questions this week after two of the rapper's friends visited his simple grave to take him a “blunt”.

We had to take a blunt to the king HHP ?? pic.twitter.com/NI6G4HE6ID

The grave, covered with a basic concrete slab and bricks, caught the attention of many, who flooded Lerato's mentions with questions about the absence of a tombstone.

Some suggested she had neglected the rapper's grave after his death in October 2018, a claim she strongly denied.

She said all questions about the lack of a tombstone should be addressed to the family.

“Do you think I would let this kind of sh*t happen if it was in my control?! A stone fit for the king he is would have been erected same day!”

Several attempts by SowetanLIVE sister publication TshisaLIVE to contact the family were unsuccessful at the time of publishing this article.

Lerato said it was not about money, but she wouldn't erect a stone in secret.

“I will not erect a stone under some cloak and dagger vibe. I will erect the one he wanted and have it blessed accordingly, and have him lay like the king he is. And Modimo le Badimo willing I will do so,” Lerato wrote.

I will not erect a Stone under some cloak and dagger vibe. I will erect the one he wanted and have it blessed accordingly and have him lay like the King he is. & Modimo le Badimo willing I will do so. ?? https://t.co/a72lMXr1xZ

Fans even suggested a crowdfunding page to raise money to buy a tombstone.

This, too, was rejected by Lerato.

No need to crowd fund. I can afford to erect a Stone for my husband. If I was allowed to!!! Infact I would have had it done on the same day as his funeral. But Ke ??‍♀️... https://t.co/WskhQlvvkd

And I’ve broken my promises to him... ❤️?? The Thing’s I’ve promised May take time (due to circumstances) but I swear they will happen. https://t.co/feFf0DcAca

After teasing fans for a while, multi-award-winning rapper Khuli Chana has finally dropped his highly anticipated album, Planets of The Have Not.
Pic of The Day
2 years ago

Lerato Sengadi and friends remember HHP a year after his death

HHP's widow Lerato Sengadi has joined the nation in remembering the musician, a year after he took his own life at his home in Johannesburg.
Entertainment
2 years ago

September's best & worst dressed celebs: who wore what this month?

Your monthly style guide to which celebs got it right, and which got it oh so wrong.
S Mag
2 years ago
Next Article