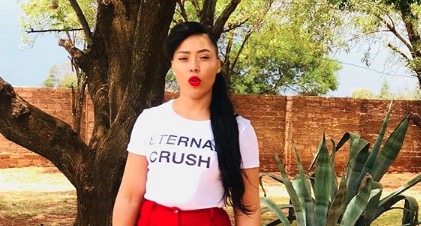 Simz Ngema and Dumi Masilela's love story was tragically cut short when he was shot in botched hijacking in 2017, just months after they tied the knot.

And even though it hasn't been an easy journey for Simz, she has been determined to pick up the pieces.

Monday marked two years since Simz and Dumi took their love to the altar.

Taking to Instagram, Simz shared a clip from one of her recent performances with a touching note to Dumi.

"Hey Boongy, I feel like we need to catch up but anyway, happy 2nd year wedding anniversary. @dmasilela that's my performance from last Saturday. Just want you to know that it's not easy but I'm finding my way," she wrote.

In another separate post Simz said she knew Dumi was making everyone dance in heaven.

"Happy 2nd year wedding anniversary Boongs. I know you are making them dance in heaven. You are missed".

Hey Boongy, I feel like we need to catch up but anyway, happy 2nd year wedding anniversary. @dmasilela that’s my performance from last Saturday. Just want you to know that it’s not easy but I’m finding my way. Love, Your Boongs.