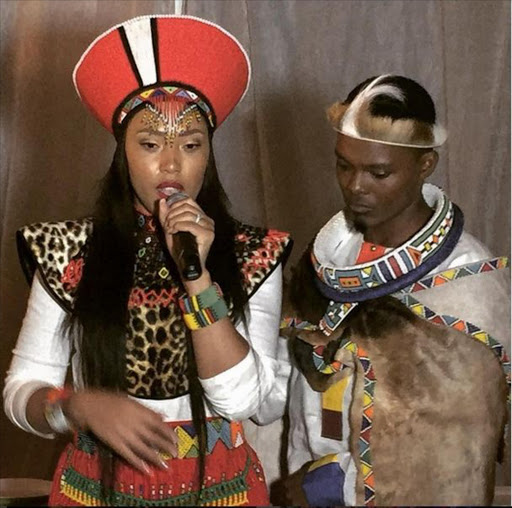 Simphiwe "Simz" Ngema has once again reflected on the devastating grief she experienced in the weeks following her husband's death‚ revealing that she once locked herself in the bathroom and begged Dumi Masilela to come fetch her.

Masilela was killed after a botched hijacking in August last year‚ just two months after marrying Ngema in an intimate traditional ceremony.

In a recent interview with TrueLove magazine‚ Ngema revealed how they once made a pact that when they were old‚ Masilela would die first and give Ngema just two days to prepare his funeral. He would then come "fetch" her.

Ngema said she remembered the agreement and days after Masilela's death got dressed and waited for him.

Actress Simphiwe 'Simz' Ngema is excited about returning to the small screen on e.tv's Broken Vows.
Entertainment
3 years ago

"I took a bath‚ got dressed and went into the restroom. I sat there for a good hour waiting for him to fetch me. People kept knocking at the door but I sat there crying. In my mind‚ getting up meant I was accepting Dumi's death and betraying him‚ and so I stayed sitting‚ asking for Dumi to come fetch me‚ but he didn't come."

Ngema said two months after Masilela's death‚ her husband came to her in a dream and led her to a garden where he said he would stay with her forever.

Even though the past few months have been difficult‚ Ngema has been trying to pick up the pieces of her life.

Even though dealing with the loss of a loved one is a heartbreaking journey‚ actress Simphiwe Ngema is determined to try her best to pick up the ...
Shwashwi
3 years ago

"Starting over‚ rising again‚ picking up the pieces is what I'm good at. Time to get up‚ dust myself up and start walking. Daddy raised a king‚ mummy raised a queen‚ Time to straighten your crown and reign Quing Simz‚" she said on social media.

In a separate post she detailed how sometimes all she wanted to do was "curl up and die".

"When life hits you hard‚ you simply want to curl up and die but guess what...? You don't die‚ might as well rise up and live."