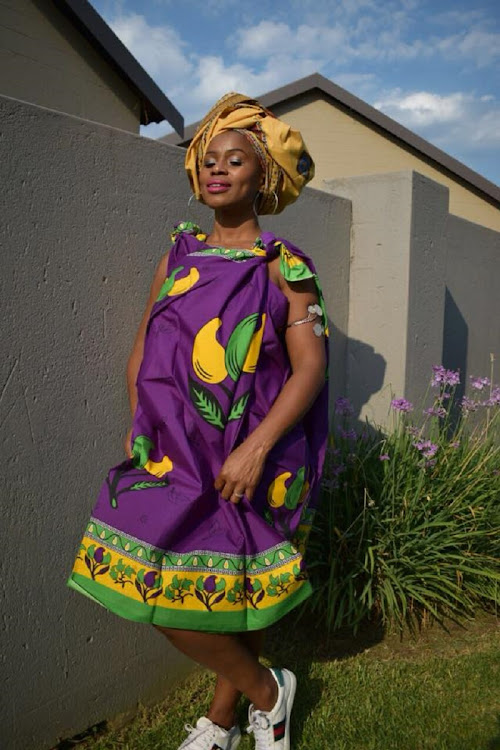 After a two-year hiatus to focus on business and raising her children, rising star Nkhensi is back with a fresh single titled Nkata.

Nkhensi, whose real name is Nkhensani Nyathi, sent fans into a frenzy with her first
album in 2014. The album
enjoyed attention from music lovers who craved a young voice in the Tsonga pop space.

The petite beauty, who hails from Xigalo village outside Malamulele in Limpopo, currently resides in Johannesburg for business and music opportunities.

"I took a break from music to attend to my other businesses that were too demanding at the time. I must say, though, that it worked to my advantage in a way because I got to spend a lot of time raising my kids, who were still too young and needed my attention," she says.

The mother of two also has a clothing boutique, dry cleaner and a salon.

She tells Time Out that she is overwhelmed by the response her new song Nkata, which was released last month, has been receiving.

"I've spent the last five years pursuing a dream I have had since I was 13 years old: being a musician. I made my first entry into the music scene in 2014 . I haven't looked back."

Themba Gezane (43) and his love Brinnette Seopela (38) tied the knot in a traditional ceremony this weekend.
Good Life
3 years ago

Nkhensi says that in a bid to avoid limiting herself as an artist, she has decided to be an all-rounder. "As a professional musician I believe in being versatile, as a result I don't really stick to any specific genre.

"This can limit one's creativity and music is all about creativity. I write songs which are a reflection of people's daily lives, struggles and achievements. What I have recorded thus far is Xitsonga dance hall/disco.

"I am not afraid to fail. I love being different and not fitting stereotypes. I am rather pleased to be me. I love interacting with different people from all walks of life, and have the ability to sponge in my interactions with them. I then transfer these point of learning to my music," she says.

Nkhensi says she was born to perform, and that the music industry should watch out.