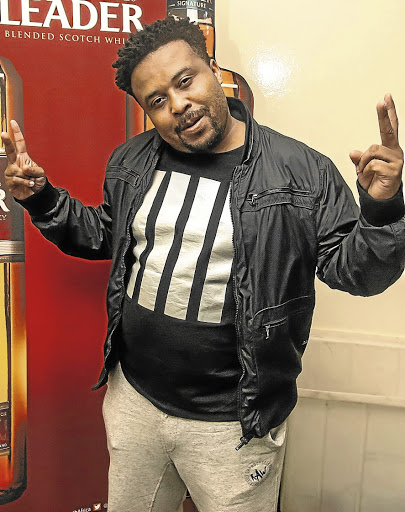 DJ Sox is proud of himself for beating his drug addiction and staying clean for six years.

The popular member of Durban's Finest, spoke to Sowetan yesterday ahead of his presentation on substance abuse at the Gqom conference in Durban tomorrow.

DJ Sox, born Mbusi Sokhela, will revisit the darkest place of his life in a bid to help upcoming musicians not to fall into the trap he fell into six years ago.

Sokhela said his life should serve as an example to upcoming artists on handling fame and money.

"When you are in music, and you have fame and money, you get caught up in the moment and I think that is what happened to me," Sokhela said.

"I stayed in it for a couple of years up until I woke up and went to rehab. I have been clean for six years."

Sokhela took a break from releasing albums with his band mate, DJ Tira, during the time he was battling the addiction but they reunited a year ago. Sokhela also got married to his long-term sweetheart last year.

"I had a fair share of my problems with drugs but as a DJ I kept on getting bookings. This is why we are doing this conference so that the mistakes that we make, like in my case - drug abuse - don't happen to other guys.

Record label boss DJ Tira has stepped in to put out the flames‚ after Zodwa Wabantu received backlash on social media over her “vulgar” language.
Entertainment
4 years ago

"These are all the issues we are going to discuss," he said.

The Gqom music conference is set to start at the Moses Mabhida Stadium and is expected to be attended by musicians, including DJ Tira, Destruction Boyz and DJ Cindo.

It would focus on teaching young artists about branding, owning music rights and on what temptations to expect in the industry.

"Gqom... has gained popularity and it has taken South Africa by storm.

"As the people who are in the forefront of this music industry, which is produced by guys who are much younger than us, we just felt that we need to give them the direction that we never got." he added.