Arthur case on hold after complaint 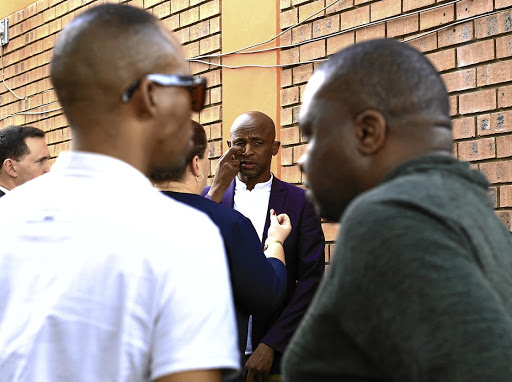 The prosecutor in the assault case against kwaito star Arthur Mafokate has asked to be removed from the case.

This was after the complainant in the matter, Cici, whose real name is Busisiwe Thwala, had complained about Mashudu Mutshaeni's competence.

Addressing the magistrate in court, Mutshaeni said he was informed by his seniors last week that Thwala had laid a complainant against him.

He said as such he would not be able to continue with the matter as he feels compromised and that the relationship between himself and Thwala was not good.

Muso elects not to testify against his ex-lover.
Entertainment
3 years ago

"The senior public prosecutor in Randburg confirmed that she received a complaint from the complainant and has therefore requested the transcribed records of proceedings so that they can do an investigation into her allegations about the prosecutor."

The office of the senior public prosecutor is the only one with deciding powers to assign and remove a prosecutor from a case.

"They have to listen to what transpired in court and then after they have concluded their investigation they can make a final decision," she said.

Mafokate and Thwala were both in court for the session which lasted for about 20 minutes.

Mafokate is facing a charge of assault with intent to cause grievous bodily harm.

The 999 Music boss is accused of dragging Thwala with his vehicle at his home in Midrand last year, causing her injuries to her pelvis area and arm and bruises on her body.

The matter was postponed to next month.