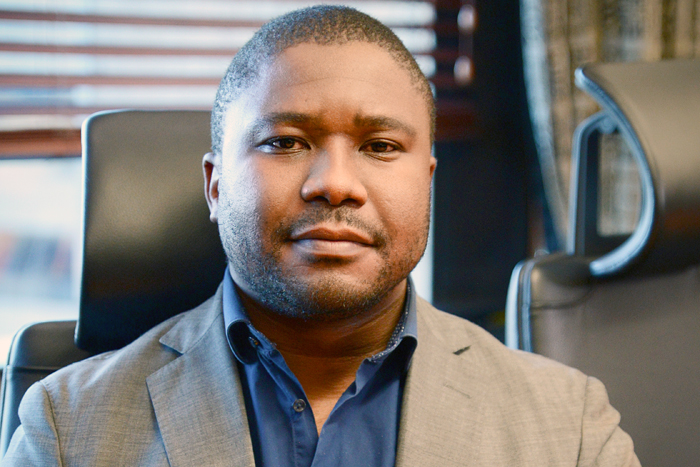 Although the discipline of patience and working within a budget has been instilled in him from a very young age, he still fell into the credit card trap later in life simply because he could swipe for just about anything.

But he learnt the hard way and found that financial freedom is more about the quality of life you can extract from using money than just about what money can do for you.

Talking to Money in the third instalment in our series profiling key roleplayers in the financial services industry on their money habits, Robert Gwerengwe, CEO of DirectAxis and CEO of FNB’s Gold Segment, travels back in time to when he was growing up in Sabi Village in the  Eastern Highlands of Zimbabwe.

The last born of four to his Zimbabwean father and South African mother, he shares how present  parents made up for the financial constraints they faced growing up, how his mother’s entrepreneurial spirit rubbed off and how delaying gratification and putting in the hard work helped shape his relationship with money.

“‘I started helping my mom sell goods over weekends and school holidays to earn pocket money. Soon I started to sell my own stock at school. So I guess I’ve always known from a young age that I would have to put in extra work to get what I want,” he tells Money.

The diverging personalities of his parents taught him many lessons, including discipline and the art of balance, he says. “My father was the ‘steady eddy’, strict and disciplined when it came to sticking to the budget. My mother, on the other hand, was far more spontaneous, believing life is to be enjoyed and the money to make it happen would come,” he relates fondly.

From them he learnt to be disciplined, patient, sticking to your budget and also to spoil yourself for your hard work once in a while.

After completing his high school studies in Zimbabwe, Gwerengwe relocated to South Africa to complete his tertiary education. He acquired his BCom in Information Systems and Accounting at Rhodes University before doing a postgraduate degree at the University of Cape Town.

As a broke student surrounded by more well-off peers, he learnt to work hard for what you want. “I did feel envious sometimes because I couldn’t afford most of the things that some of my friends could. But I understood where I came from and where I wanted to go, so I worked several jobs including tutoring and bar-tending to sustain myself.”

But his biggest, and most regretted lesson came early on in his career when he just started working as a sales adviser for DirectAxis, the personal loans business in the FirstRand Group.

“I took out a credit card, which I, without a doubt, mismanaged. I was swiping for just about anything. The worst part is that I couldn’t even really point out anything tangible I did with it – no life experiences or assets gained from using the credit card,” Gwerengwe says.

As CEO of DirectAxis he is determined to help young people avoid making the same mistakes he did. He says one of the companies key initiatives is rolling out its financial wellness tool, Pulse, which gives you access to free credit scores and guidance on ways to improve your financial standing.

At FNB he’s driving the bank’s purpose of becoming a trusted money manager who has proactive conversations with its customers to improve their financial health. “In the long term, the more financially literate we, the South African people become, the better it is for the economy as a whole, including banks,” he says.

Despite being prudent, Gwerengwe says he still finds ways to spoil himself for all his hard work, “within budget” of course.

“I enjoy experiences like travelling, so I spoil myself that way, for example, I have watched my favourite international soccer team play on their home turf. I think it’s important to enjoy the fruit of your labour responsibly while you can,” he says.

Gwerengwe says along his financial wellness journey he learnt owning assets is much better than splurging on a credit card. He has now bought a home for his family and pay a little more on obligations such as car instalments.

His advice to a younger Gwerengwe and other young professionals is don’t try and keep up with the Joneses as your debt will just snowball. Rather, stay in your financial lane and make financial decisions that work for you, he concludes.

Why it’s so important to keep a healthy credit record

Every transaction you make that involves borrowing money from an institution is kept on record.
Business
2 years ago

When looking at the political and economic climate, you may be tempted to agree 2018 will be a better year
Business
3 years ago
Dr Manas Bapela: Invest in yourself to create value
Next Article