Yalu CEO on bettering lives and leaving a lasting legacy

Having goals, working hard, and exercising perseverance have been guiding principles in how Yalu's CEO Nkazi Sokhulu manages money. 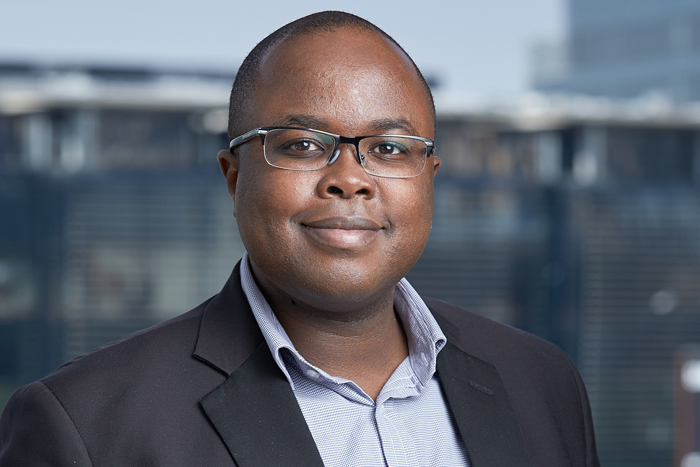 Having goals, working hard, and exercising perseverance have served Nkazi Sokhulu well throughout his life. And they have been guiding principles in how he manages money, too.

The chief executive officer and co-founder of Yalu Financial Services was born and bred in Kwamakhutha, a township about an hour from Durban. While he doesn’t recall much about his childhood, he remembers his early money lessons.

“Both my parents were professionals. My father was a teacher and my mother a nurse, so although we always had what we needed, money was always tight, and we never got what we wanted. So my first memory of money was rather negative,” he admits.

He says his parents played different roles at different stages of his life. His father helped him make complex decisions, like which university to go to, while his mother nurtured his gifts and talents.

“My mother always sent me to the store. She would instruct me to open my hand and then she would put money in it before telling me to shut it, quickly. The money was always enough for a loaf of bread,” he says.

Talking to Money in the fourth instalment in our series profiling key people in the financial services sector about their money habits, Sokhulu says his parents taught him to appreciate the value of money. However, he also observed some of their bad habits, which he learnt to avoid.

“My parents had the habit of surprising each other by making big purchases without discussing the budget or where the money would come from. This often caused problems between them. They were always able to work it out, but that taught me the importance of communicating about finances and budgeting [with your partner],” he says.

Sokhulu took on his first job when he was 16. His mother helped him use his love of the movies to land a job at Ster-Kinekor operating the popcorn machine. He was soon promoted to the confectionery stand, and then made responsible for handling and balancing the cash.

Being consistent in something, even if you’re not great at it, will get you somewhere eventually.

By the time he was in matric, he was working in the ticket office where he could sit “in an air-conditioned office, working on a computer and answering phones”, which he preferred to making popcorn.

“The experience taught me a number of things about life and money: Firstly, being consistent in something, even if you’re not great at it, will get you somewhere eventually. Secondly, getting mentors and cheerleaders to help you find new opportunities is important,” Sokhulu says.

After high school, Sokhulu moved to the Western Cape to pursue his accounting degree at the University of Cape Town on an all-expenses paid scholarship. That was when he realised his parents didn’t have the money for him to study.

But while studying, Sokhulu managed to save a “substantial amount” in a 32-day account. With his mother matching the amount he had saved, he was able to buy himself a car in his third year. He says he was able to save because he didn’t spend his entire scholarship and he took on tutoring jobs.

By the time he was ready to enter the workplace Sokhulu still wasn’t sure what trajectory he wanted his career to take, but he knew it wasn’t accounting. In 2009, he joined McKinsey as a consultant.

He explains that although he also learnt along the way that he didn’t want to do consulting work, he gained exposure to a range of sectors, from mining to retail.

Sokhulu got his first taste of the insurance industry when he joined Old Mutual as the executive assistant to the CEO after leaving McKinsey.

“Finally, I’d found what I was really interested in: an industry that deals with people and making their lives better,” Sokhulu says.

Consumers were just not informed of their rights, what they were covered for and what they could claim. I wanted to be part of the solution in fixing that.

“I found that the biggest challenge was consumer education. Consumers were just not informed of their rights, what they were covered for and what they could claim. I wanted to be part of the solution in fixing that,” Sokhulu asserts.

Yalu Financial Services was born four years later in 2018. One catalyst was the death of Sokhulu’s father-in-law.

“He had debt that needed to be settled and my wife and her sisters clubbed together to pay it off only to discover six months later that he had credit life insurance on his debts. Despite a 12-month window to claim, they were still sent from pillar to post by the banks,” he says.

“Yalu is my best investment at the moment because of the legacy it will leave for my family. I didn’t necessarily start the business to leave for my children but to show them what they are capable of doing if they set goals, stick to them and use their resources wisely,” he says.

Although the discipline of patience and working within a budget has been instilled in him from a very young age, he still fell into the credit card ...
Business
2 years ago

Talking to Money in our first instalment in a series profiling key roleplayers in the financial services industry on their money habits, the ...
Business
2 years ago
Next Article