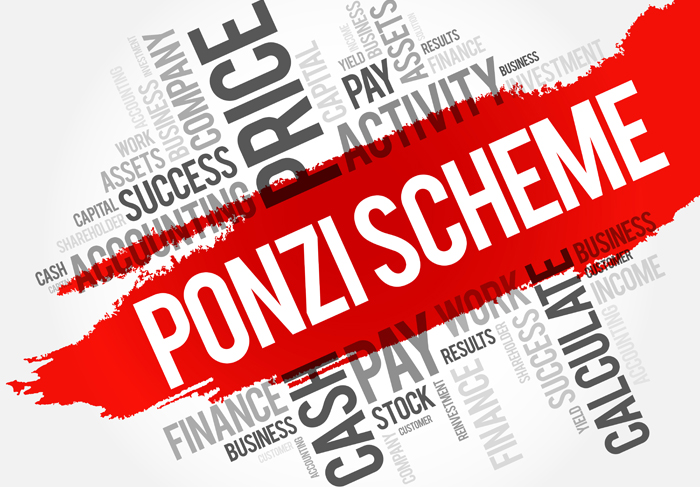 The latest company “showing hallmarks of a Ponzi scheme” is Coin It Trading, says an FSCA official. Picture: 123RF

Investors hoping to coin it with promises of returns of as much as 200% on their investment in just three years, are learning the hard way that if it sounds way too good to be true, it is just that.

The latest company “showing hallmarks of a Ponzi scheme” is Coin It Trading, according to Brandon Topham, director of investigations and enforcement at the Financial Sector Conduct Authority (FSCA).

Investors are also warned against dealing with what appears to be Coin It’s sister company. The FSCA issued a warning on Friday, saying it is investigating both Coin It Trading and Commex Minerals as these entities are suspected to be operating fraudulent schemes, with a high likelihood that clients’ investments may be misappropriated.

The FSCA has named Michael Andrew Anthony de Beer as the director of Coin It and Patricia Ursula de Beer, who is allegedly Michael de Beer’s former wife, as a director of Commex Minerals.

Last week, both Coin It and Commex Minerals advertised their “opportunities” in major Sunday newspapers, promising investors unrealistic returns. In its ad, Coin It described itself as “an asset management company that focuses on the transport, logistics and mining sectors”. On its website, it’s an investment and asset manager that “can offer you many money-making opportunities”.

In an inserted pamphlet in two Sunday papers, Commex Minerals advertises its “investment opportunity” as minerals “extracted from the ground, into your pocket” and promises returns of more than 10% a month for a period of 18 months on reselling people’s purchases in dolomite, manganese, coal and iron ore.

Both companies are doing business in SA from a shared head office in Dundee, KwaZulu-Natal. Coin It has branches in Johannesburg, Vryheid and Newcastle, while Commex Minerals operates in Durban, Johannesburg and Port Elizabeth.

Extreme due diligence and care should be applied before anyone invests in any investment opportunity, never mind one offering high returns.

Brandon Topham, director of investigations and enforcement at the FSCA

Both claim that investors can join from anywhere in the world. Coin It lures investors with promises of ownership from trucks to heavy machinery and even buses on “contracts” of between two and four years. “Contracts only become active 30 days after payment has been received and the contract has been signed,” the ad states.

An investor, who does not want to be named, told Money she invested in Coin It last year after a family friend told her he resigned as a policeman because of the profit he was making. This convinced her that with an investment in Coin It she would be able to supplement her salary. “I invested an initial R140,000 and entered into a 36-month contract with the promise of receiving a monthly payment of R15,000 for 16 months, R30,000 for 20 months, and a truck at the end of the contract period,” she says.

However, she soon got suspicious when Coin It started changing bank details frequently and sent new account details to existing investors looking to invest more money.

What followed was slow payments at first, then no payments at all with Coin It giving every reason in the book for no returns, from too high bank charges to out of date data. The investor says the latest excuse for non-payment is an alleged audit on possible fraudulent clients that will require the contracts of all investors to be reviewed.

Ponzi schemes typically use the money they collect to pay some returns to investors in the initial stages in an attempt to show the scheme is legitimate, but later, as participants in the scheme grow, returns falter and later investors are not able to recover any of their capital.

“The major hallmark is financial returns that are way above market returns offered by a bank. From what has been advertised, I do not know how any legitimate business can offer such high returns. Alarm bells must be ringing! Anything is possible but extreme due diligence and care should be applied before anyone invests in any investment opportunity, never mind one offering high returns,” Topham says.

“It is always important to remember that, in theory, high returns are offered for high risk. The higher the return, the higher the risk and likelihood that the investor will never see their money again.”

The FSCA says it has been made aware that Coin It and Commex Minerals are offering investment packages to the public with what appear to be unrealistic returns. Neither entities are licensed to conduct financial services nor to receive deposits from the public, the FSCA says.

Since Coin It is taking deposits from ordinary people, it may also be in breach of the Banks Act. The SA Reserve Bank confirmed to Money that its Prudential Authority is investigating Coin It. The Bank says it has ongoing campaigns warning the public against investment opportunities that may appear too good to be true and cautions investors to only deal with accredited financial services providers (FSPs).

Meanwhile, the FSCA has completed its investigation into another dodgy transport investment scheme, Chenge Logistics and Exclusive Empowerment Holdings, operating out of Pietermaritzburg, but also marketed elsewhere. “The case is now with the SA Police Service. We’ve worked with the Asset Forfeiture Unit to seize about R10,” Topham says.

Chenge Logistics was exposed when a would-be investor approached an adviser with some niggling doubt about the tempting investment offer. The potential investor was offered a R240,000 return over two years — or 116% a year — if he invested just R65,000 in Exclusive Empowerment Holdings, which would invest in trucks and trailers for Chenge Logistics, a transport company.

Money’s attempts to get comment from Coin It were not successful by the time of publishing.

The Financial Sector Conduct Authority (FSCA) has warned members of the public to be vigilant and distance themselves from a charlatan soliciting ...
Business
2 years ago

When Sam* (not his real name) fell behind on his home loan instalments, he decided to take out a personal loan, but instead of solving his problems, ...
Business
3 years ago
Next Article