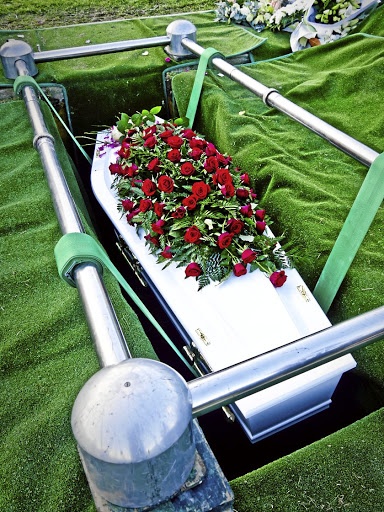 The pain for the loss of a loved one can be made worse when funeral arrangements do not proceed the way you expected.

The death of a loved one, particularly a spouse who has shared your life for many years, is one of life's most stressful events.

Having problems with your funeral provider - particularly ones related to the care of the body or a failure to pay for the services you expected - is something you should not have to bear as well as the loss.

This is why you need to take care when taking out a policy.

It is what Klerksdorp resident Gert Goeiman found out when his wife Priscilla died in 2014, according to a ruling recently by the ombud for Financial Services Providers or Fais Ombud.

Goeiman had since 2009 been paying premiums to the Klerksdorp branch of Rekathusa Funeral Parlour for specified funeral benefits, according to the ombudman's ruling. He called the parlour when his wife died on a Thursday in October 2014.

According to the ruling by the Fais Ombud Naresh Tulsie, when he had not heard from the funeral parlour by the following Monday, he visited the parlour and "found the body of his wife on the floor in a badly decomposed state".

When Sowetan contacted the funeral parlour's sole proprietor Job Dada, he denied that the body was on the floor and referred to wrong assumptions being made about the temperature of his fridge.

Funeral parlours are obliged to comply with the provisions of various laws, including the Health Act, when it comes to the way in which bodies are handled.

They must also obtain a certificate of competence from their local authority.

Yongama Quma, a founding director of the Federation of Funeral Professionals in South Africa, says if the body was not refrigerated it is unethical and the parlour should have been prosecuted criminally.

According to the ruling, Goeiman's visit to Rekathusa "necessitated the removal of the body from [Rekathusa Funeral Parlour] to another funeral service, and the intervention of the government's pathology services".

Goeiman paid R15 000 to the other funeral parlour for the burial to proceed.

Tulsie said the documents Goeiman was given appeared to indicate that Rekathusa was underwritten by Prosperity Life, which had had a licence to provide financial services from the then Financial Services Board (FSB), but this licence had lapsed in January 2014 before Goeiman's wife died.

The ombudsman found no evidence that Rekathusa had been licensed or that it had a valid underwriting agreement with an insurer.

Dada was approached three times between February 2015 and June last year to respond to the complaint to the ombudsman, but he failed to respond, the ruling says.

Dada said he wanted to engage with the ombudman's office and had requested a meeting, which did not materialise.

The ombudsman ordered Rekathusa and Dada to repay Goeiman the R15000 he paid to bury his wife almost four years ago.

The ruling has been referred to the Financial Sector Conduct Authority (formerly the FSB), which said it was investigating.