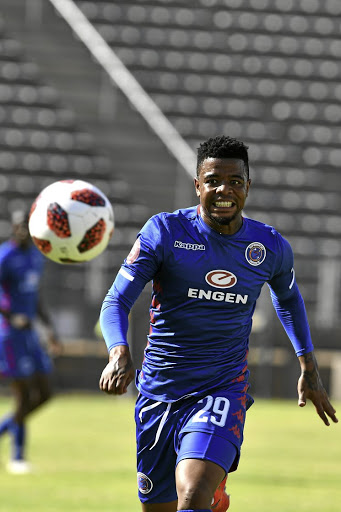 On-loan SuperSport United winger George Lebese is set to face the club he does not want to go back to - Mamelodi Sundowns - on Wednesday.

Lebese joined United on a six-month loan deal in January after being frustrated at Downs by limited game time.

In February, the 30-year-old expressed his wish to secure a permanent transfer to United.

"My wish is to stay here, I don't want to go back to Sundowns to be honest," he said.

Matsatsantsa a Pitori will take on the Brazilians in the Absa Premiership at Loftus Versfeld. United coach Kaitano Tembo confirmed that Lebese would be up for selection in that game.

"No there is nothing in our loan agreement that states that he can't play against Sundowns so he will be available," Tembo said.

Due to his long spell of inaction, Lebese has been forced to do some catch-up work. He is not at the level where the club would like him to be after one start in the 1-0 win over Free State Stars last month.

Tembo said it was not due to a lack of trying from Lebese that he has not had an impact.

"We all know it has been difficult for George because he was not playing at Sundowns," Tembo said. "I think he is coming alright and I think the Fifa break has helped as well because we had a few friendly games where he has played."

Tembo implied that whether the former Kaizer Chiefs midfielder stays or returns to Downs would be determined by his form in the remaining games.

"It all boils down to him [Lebese] and I have seen the hunger and desire. He has been working very hard and has no complaints," he said.

"George has been a true professional and he wants to play. I just wish he does well in the last few games because that will be very important for us and him as well."

Midfielder wins over teammates
Sport
3 years ago
Next Article