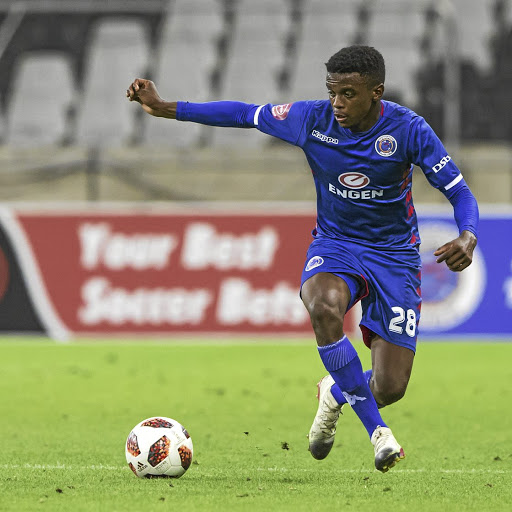 SuperSport United midfielder Teboho Mokoena admits that he was pleasantly surprised to find his new teammate George Lebese to be so humble and down to earth.

Lebese joined Matsatsantsa a Pitori from Mamelodi Sundowns on a loan deal until the end of the season. The former Kaizer Chiefs fan favourite receives a lot of media attention to his lifestyle and is one of the few footballers in SA who have celebrity status.

As the newest member of the SuperSport squad, though, Lebese seems to have won over his new teammates including Mokoena.

"Besides playing against him before, I didn't know him personally. But when he first trained with us, I felt he was a good guy and someone who is very calm," Mokoena said.

"He is gelling very well with the team and has made us better. Obviously, people judge you from a distance without knowing the real person. From the little time I have spent with George, it's been very good and he has been a good addition."

On-loan SuperSport United winger George Lebese has expressed hope of securing a permanent transfer to the club.
Sport
2 years ago

With 32 points from 21 games, Matsatsantsa are now only six points behind leaders Bidvest Wits who are on 38.

The 22-year-old Mokoena has contributed two superb winning goals against Bloemfontein Celtic and Golden Arrows in the past month.

The Bafana Bafana prodigy hopes to score more and believes his team could surprise many at the end of the season.

"In the league, anything is possible and there is no reason why we can't challenge the teams on top," he said.

SuperSport lost to Baroka at at the weekend.