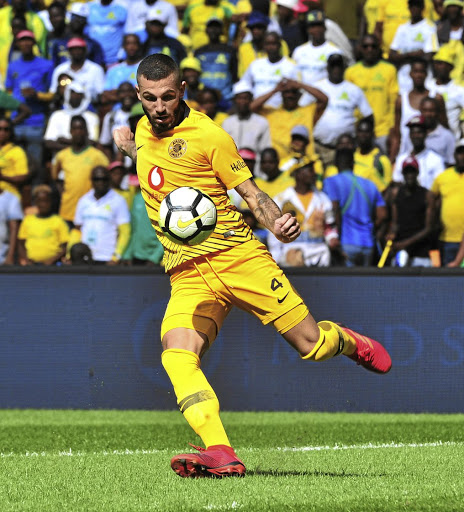 Kaizer Chiefs defender Daniel Cardoso has given a stinging review of the tenure under former coach Giovanni Solinas.

The out-of-his-depth Italian lasted only four months at Naturena and was eventually replaced by the German Ernst Middendorp.

"I don't think Solinas had a plan. We used to sit on the training ground for hours running against mannequins. Now when we go to training there is energy," Cardoso said.

"In every game there were five or six changes to the line-up under Solinas, and you can't get consistency like that."

Cardoso also admitted that strikers Khama Billiat and Leonardo Castro were Solinas's favourites and that made the others uncomfortable.

"He used Billiat and Castro every game but what does that say to other players?" he said.

"Khama is a great striker, don't get me wrong, but he had a dip in form and he is only finding his form again now."

Chiefs will be looking to end their four-year trophy-less spell by clinching the Nedbank Cup.

Amakhosi can march to the quarterfinals if they beat ABC Motsepe League side The Magic FC at the Nelson Mandela Bay Stadium this afternoon.

With big rivals Sundowns and Orlando Pirates out of the R7m cup, Cardoso sees a big chance to end the trophy drought.

"Of course we can't get ahead of ourselves but this a big chance for us to win the cup."