Mdantsane's life revolves on his aunties 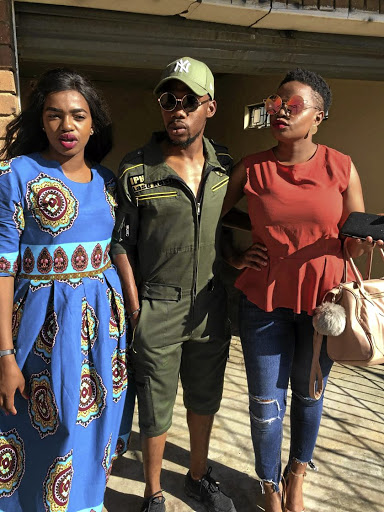 Growing up not knowing his father and losing his mother at the age of 16 nearly ended Baroka midfield enforcer Mduduzi Mdantsane's football career during its teething stage.

Mdantsane, now one of the key players for Bakgaga, lost his mother when he was in grade 10. Two weeks after burying his beloved mom, the Baroka star lost his maternal grandmother.

As an aspiring footballer trying to work his way up to the elite league from the dusty streets of Leslie, near Secunda in Mpumalanga, the trauma of losing two of the most influential people in his life saw Mdantsane quit football and turn to boozing.

"I was very close to my mother. Losing both her and my grandmother hit me very hard. I grew up wanting to play football professionally, so badly. But after losing the most important people in my life, I could not take it," he said.

"I ended up drinking and bunking classes, trying to relieve stress. All these experiences led to me failing my matric."

As much as he'd like to know his biological dad, the 23-year-old central-defensive midfielder insists his maternal grandpa, Moses Mbonani, plugged that gap.

"I'll forever be grateful to my grandfather. He ensured that I don't feel the [void]. Yes, everyone needs his real dad, especially as a boy child, but my grandpa [Mbonani] is a wonderful father figure to me," said Mdantsane.

Banyana Banyana ace Thembi Kgatlana is in the US strictly to work hard.
Sport
3 years ago

The midfield strongman, however, has a shoulder to lean on in his mother's three siblings Portia, Cynthia and Sharon Mbonani at his maternal family home in Secunda.

"They are my aunts but I call them sisters because we are like friends. Whenever I don't have matches, I go to Secunda to visit them," he said.

"They are my pillar of strength, alongside umkhulu wami [my grandpa]. I usually take them to movies. We like comedy flicks."

The star grew up using his mother's surname of Mbonani until he changed it in grade 12 to Mdantsane, which is the name of his dad, who he only came to know later in life.