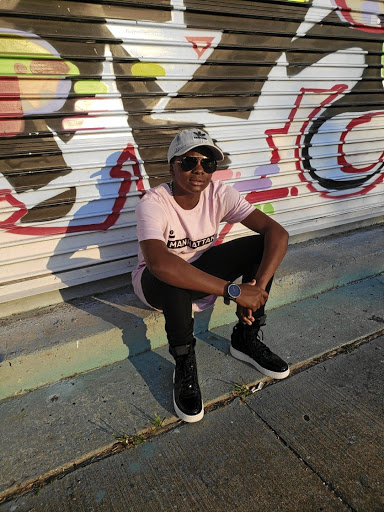 Banyana Banyana ace Thembi Kgatlana is in the US strictly to work hard.

Kgatlana became the third South African player to ply her trade in the US when she signed for Houston Dash in the National Women's Soccer League last February.

While footballers are known for glamorous lifestyles, the diminutive attacking midfielder, from Leratong, west of Joburg, said when not engaged in football matters she spends her free time resting and even dozing off.

Since arriving in America Kgatlana is yet to visit any of the famous landmarks in Texas such as the State Capitol in the city of Austin, 265km west of her base in Houston.

"For me the most important thing is work. I am in the US to work, nothing more," she said.

"The people in Houston love their sport. I feel welcomed. When I am not training, I'm catching a few winks.

"Sometimes I end up going to the mall because of Linda [teammate]. She likes shopping. I enjoy spending time with her.

"We chat about Banyana and share many memories of the life back home. It helped me a lot that I found her at the club."

Prior to her American switch, Kgatlana, 22, was on the books of University of the Western Cape.

After featuring in 16 matches and scoring twice in her first season with Dash, Kgatlana has been rewarded with another one-year contract.

"I am definitely returning to the club after the Africa Women's Cup of Nations [to be hosted in Ghana on November 17 to December 1]. I wish to stay here for many years. I enjoy their food a lot especially meat; it's fresh, it reminds me of home.

"Pikinini", loosely translated to mean little one, as Kgatlana is affectionately known, is in Banyana camp preparing for the women's Afcon. They are in Group B with Nigeria, Zambia and Kenya.