Brighton Mhlongo looks on the bright side at Wits 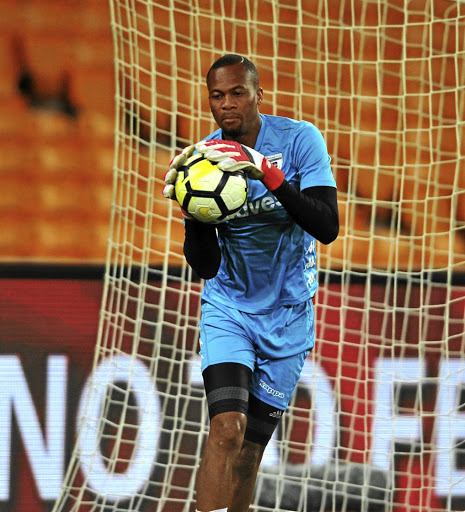 Since joining Bidvest Wits from Chippa United before the start of this season, goalkeeper Brighton Mhlongo is yet to make his Clever Boys debut.

Mhlongo, 27, has been playing second fiddle to Bafana Bafana keeper Darren Keet, who has started all the club's matches thus far. However, Mhlongo is not despairing and is determined to fight for his berth in the starting line-up.

"I am positive that I will play some role as the season progresses,'' Mhlongo said.

The former Orlando Pirates No 1 insists he's not seeing Keet as a threat to his chances of breaking into the starting line-up, saying he relishes the opportunity to play with him and is learning a lot from him.

"It's great exposure to play alongside Darren. In order to be the best in life you need to test your abilities against the best. He is helping me to grow. He has international experience and he played overseas [for VF Kortrijk in Belgium],'' said Mhlongo.

"I can see that my game has improved drastically since I joined Wits, thanks to competing with Darren. We communicate a lot. He encourages me and I do the same.''

Having earned a Bafana cap against Ghana in 2016 while still at the Buccaneers, Mhlongo is positive that he can still return to the national team. The Soweto-born shot-stopper admits he has gone through a rough patch but thinks he's still a good keeper.