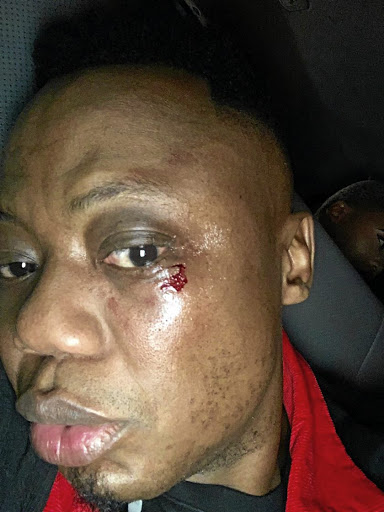 Muso got first aid for injury.

Popular Durban kwaito artist and music producer DJ Tira was left with a gash in his face after drunk students at the University of Venda hit him with a beer bottle unprovoked while he was performing there in the early hours of yesterday.

Tira said he was busy on stage doing what he does best when things went horribly wrong, noting that he had to stop his performance to rush to his hotel room for first aid.

He told Sunday World he had no idea why he was attacked.

"I don't know, it must have been some drunk student who was over excited," he said.

"I have not opened a case with the police yet, I'm still traumatised."

The ANC Youth League took over the campus from the EFF Student Command who ran the Limpopo campus for three years. Hakamela blamed their rivals for the incident, saying it was a plan to sabotage the youth league.

He said a member of the student command has been identified as the culprit, and said they would lay a criminal charge against him.