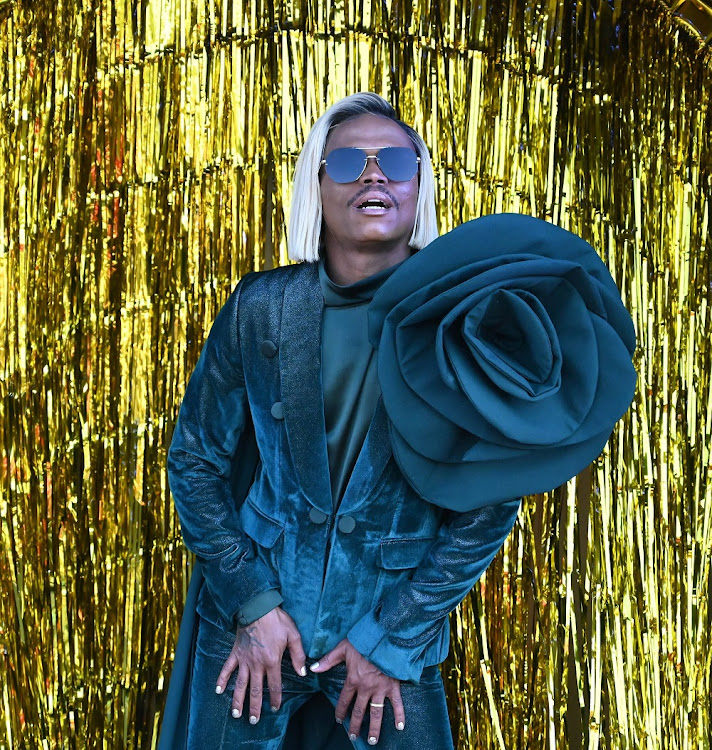 "Stars of Africa" was the theme for this year's Durban July, which was attended by the creme de la creme of showbiz, from DJ Tira to Zodwa Wabantu and Somizi Mhlongo, among others.

"We're also playing with inspirations from different African regions. If you look at the black and white, it's a traditional take on umbaco, a traditional Xhosa dress," Dlamini-Jones said.

"There is a Western mix with the 1950s reference. She is white and married to a black man, so she had a different mix of colour in terms of her design aesthetic.

"She's incredible and knows the shape of a woman. The dress is very flattering and fitting," she said.

Khanyi Mbau channelled an African diamond in a strapless Ryan Keys gown. The dramatic 1920s-inspired creation had beaded details and dramatic features. Mbau's hair choice came as a surprise as she refreshingly opted for natural cornrows.

"This look translates to an African diamond, trying to say that Africa doesn't just mean print, beads or anything ethnic. I'm representing what Kimberly is about in Africa, which is a diamond," Mbau explained.

Vixen K Naomi played around with tailoring in a jumpsuit that she helped design with inspiration from vintage glamour. "It's nothing too extravagant. I chose a colour that accentuates my skin tone," she said. 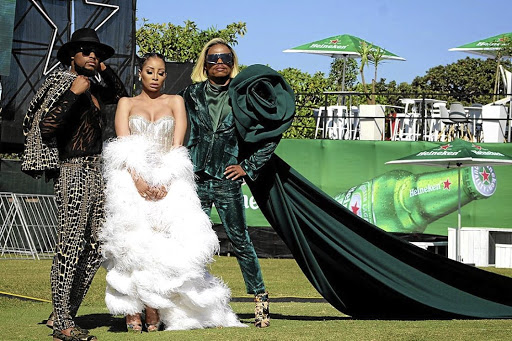 The Durban July weekend got off to a rocky start with one of the most anticipated pre-parties being cancelled at the 11th hour on Friday. Strong wind conditions are being blamed for the cancellation of the Moët & Chandon "Spirit of 1743" hot air balloon experience.

Boity Thulo was scheduled to host the
A-list soiree on Friday afternoon, that was expected to be the biggest pre-party of this year's jamboree with celebrity guests raising a bubbly toast.

This would have been the first time that the iconic hot air ballon experience would have taken place in SA, having been in 21 countries before. It has flown over the Statue of Liberty in New York City, Big Ben in London and the Great Wall of China.

The experience was expected to take place over Moses Mabhida Stadium between 2pm and 5.30pm, however on Friday morning, guests were updated that due to heavy winds the sundowner experience would instead take place between 4pm and 7pm. By the afternoon another update was sent.

"It is with great sadness that we inform you that our Moët & Chandon experience has been cancelled," the statement read.