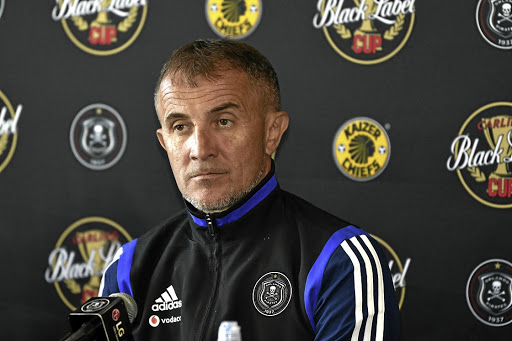 Orlando Pirates coach Milutin "Micho" Sredojevic resigned because he is facing charges of indecent exposure after he allegedly tried to force himself on a hotel cleaner.

Sunday World can reveal a case was opened against Sredojevic at the Norwood police station in Joburg following the incident at the Protea Hotel Wanderers in Illovo, Joburg.

Police spokesperson Kay Makhubele confirmed a case of sexual offence had been opened. He confirmed the suspect was a sports personality, but did not disclose his name.

According to police sources, the incident happened in the hotel's disabled toilets a day before Women's Day.

Coach's behaviour forced him to resign.
Sport
2 years ago

"The case will later be transferred to our detectives who specialise in sexual offences and domestic violence once he has appeared in court on Monday," said a senior figure within the Gauteng provincial police.

According to police documents seen by Sunday World, the 51-year-old cleaner was cleaning a toilet at about 6am when the coach allegedly asked to have sex with her.

"He was trying to undress his track pants and she screamed and opened the door and ran out," read parts of the statement.