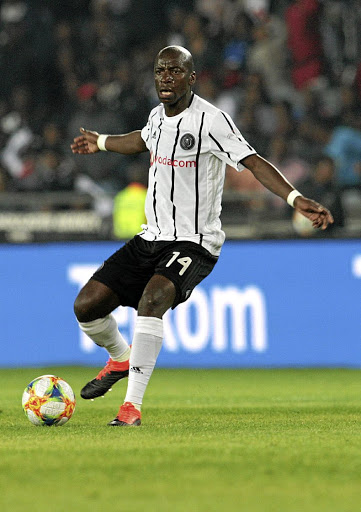 Sredojevic has acknowledged that it was their poor home record that cost them the title last season.

Ending up as runners-up to Mamelodi Sundowns, Bucs drew seven of their 15 home matches.

"We want Orlando Stadium to be an unpleasant place to come play at. We shall look to get as many [points] as possible at home," said Sredojevic after their 3-1 home victory over Bloemfontein Celtic in a league opener at the weekend.

"If we had won our home games, we would have been safe and dry... would have reached enough points that we were looking for. So this season, we want Orlando Stadium to be a fortress."

Emphasising the significance of a solid home run, Sredojevic doesn't believe it was their 2-2 draw against Cape Town City in the penultimate round that put them on the back foot

"It's an issue that's very important in our maths and deep analysis that we have done last season, so many draws at home," Sredojevic stressed.

Pirates eager to rectify their mistakes

"This (the draws at Orlando Stadium) was our short coming and not that ball of Thato Mokeke that finished on the head of Craig Martin when we drew with Cape Town City."

While Sredojevic was not too pleased with his side's display against Celtic, he still reserved special praise for Musa Nyatama.

"The result is something that we are happy with, performance is still very far to be in top competitive shape.

"Musolinhlo [referring to Nyatama] is a pillar of this team since he came; a versatile player that satisfies anything that football demands. He's a two-way traffic player that helps us in build-up."

Bucs travel to Zambia for the CAF Champions League match against Green Eagles on Saturday.