When soccer runs in the family 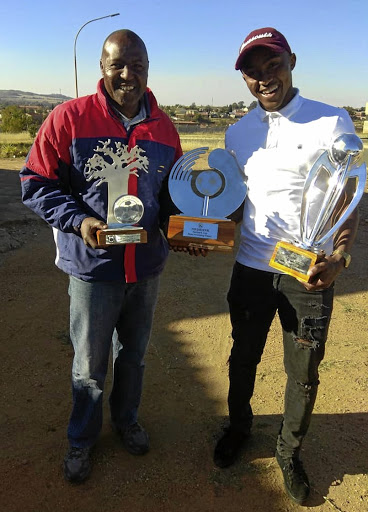 Sidwell Maboe's face lights up when he speaks about his son - Mamelodi Sundowns star Lebohang.

Maboe junior has followed in his dad's footsteps in becoming a professional footballer and is now among the best prospects in the country.

Maboe senior, 47, pictured, was a renowned goal poacher from 1991 to 2002 when he ran out for Bloemfontein Celtic, Orlando Pirates, AmaZulu, Wits University, Free State Stars and SuperSport.

"I am so proud of my boy Lebo," Maboe said. "He has kept the family name alive and is doing very well. My heart is filled with joy whenever I see him play."

The resemblance the Bafana Bafana star has with his dad is uncanny - he truly is his father's son. On his relationship with his dad, the 24-year-old Lebohang said: "I share a very special bond with him. After games we talk and he's able to tell me when I had a bad game. Everything I do I consult with him."

The former striker, who was fondly known as Sia Sia due to his lightning speed, raised Lebohang with his sisters Mpumi and Basetsana in Ratanda, Heidelberg. For him, the objective was to give his children the best life he could as football in those days was not as lucrative as it is now. 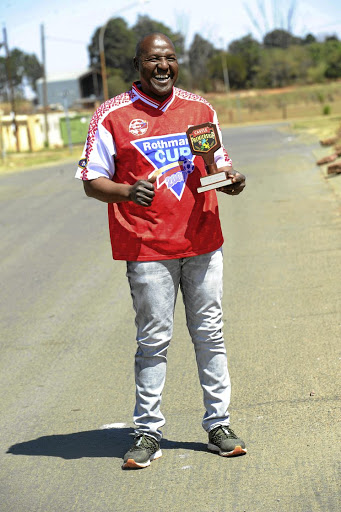 "I lived a simple life when I was a player, that is why I still have the VW Jetta that I was driving all those years. I tried to provide for my family and not worry about other things."

So what kind of child was Lebohang growing up? "Lebo was a good child and never gave us any problems. As a child he was a quiet boy who just loved football."

Although he ran out for a number of clubs, it was his short stint at the Buccaneers that stands out in people's memories. "I joined Pirates in 1996 after they won CAF Champions League. I enjoyed my time there, it was a great experience."

These days he works for the Lesedi local municipality. Life after football when he retired in 2002, he admits, was not easy.

"It was tough after hanging up my boots because then I had to find a new way of earning an income. But luckily, I had paid off my house and was not reckless with my money."

As destiny would have it, some 20 years after playing under Pitso Mosimane when he was assistant coach at SuperSport, his son now plays for the tactician at Sundowns.

Pitso Mosimane says teething problems will be worth it in the end if they win the 'grand slam' later this season..
Sport
3 years ago
Next Article