Amakhosi back to 'Chiefs way of playing' - Parker 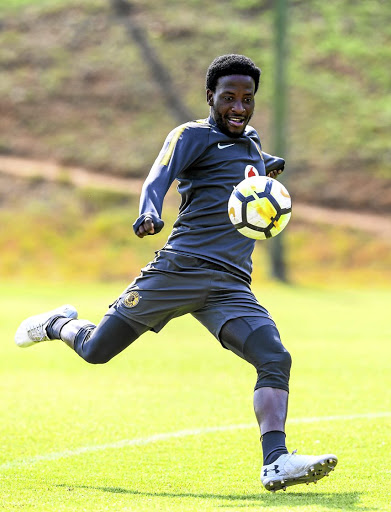 Veteran striker Bernard Parker feels his team has got back to the "Kaizer Chiefs way of playing".

Amakhosi are on cloud nine after securing back-to-back wins against Cape Town City and Free State Stars. After starting life under Giovanni Solinas with four draws and one loss, the Glamour Boys have surged up the Absa Premiership and now sit pretty at fourth place.

What has made the fans even happier is the attacking style that they have demonstrated in the matches.

"We now play our way of football by dominating the opponent on and off the ball," Parker said.

"As a team, we are now more together in terms of the tactical aspect. We move up together, more compact and solid and I hope it stays like this."

Under Steve Komphela in the previous three seasons, Chiefs were criticised for their negative approach during matches as they tended to be more defensive.

Parker admits that earlier in the season, there was a sense of déjà vu as the results were hard to come by.

"There was a feeling of, 'oh not again', when the results were not coming. When we went into the Fifa break we went into it together and worked on the mental side," he said.

"Also, we have enhanced the spirit within the team. We have been struggling for the past few seasons for consistency, which has been a big challenge for us."

Chiefs will look to make it a hat-trick of wins when they take on AmaZulu at the FNB Stadium on Saturday (6pm).

The 32-year-old felt Usuthu would be on a high after holding champions Mamelodi Sundowns to a 3-3 draw last weekend.