Still many moons before I part ways with beloved hooch 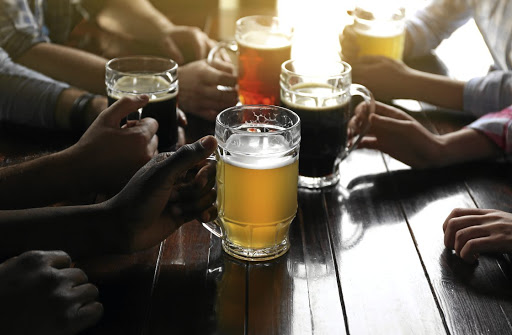 The writer says his decision to quit taking his dose of alcohol will have nothing to do with health considerations. /123RF

This may come as a surprise but my drinking days are numbered. After watching 50 soccer matches over the past 16 days and imbibing vaporous depressants nonstop, I had an epiphany.

The first time was many moons ago when the company that used to be called SAB invited the media to a beer-tasting competition.

Each media house had to send three journalists and I was the automatic choice to join Werner and Francois and make the employer proud.

After all, my predilection to hops has always been an open secret everywhere I've worked.

You can't hide such a smelly habit anymore than you can an eight-month pregnancy. The bar smell explained my late arrivals every morning and my disappearances after lunch.

Beer-tasting is tougher than Who Wants to be a Millionaire? Five different kinds of beer are poured into transparent cups and the participants are required to identify each by smell, colour and, eventually, taste.

My first handicap was never paying attention to the colour of my hooch. Years of unbridled drinking had long diminished my sense of taste and only habanero tabasco sauce has the zing to sting my tongue back into life.

I'm embarrassed to mention I could not even identify Carling Black Label, even though it had previously led me to baptise my clothes when I mistook the closet for the bathroom. Clearly, Zamalek was not brewed to tickle my mitochondria.

The fun really started after the YFM team won the first prize. SAB opened the taps and I felt like Charlie in the Chocolate Factory.

For the life of me, I cannot imagine living in a blow job-free country.
Lifestyle
3 years ago

The barman assured me no one had managed to finish the 100-litre barrel.

Challenge accepted. My colleagues had long departed when I kept pestering the incredulous barman to lubricate my jug at 12-minute intervals. Eventually, he called his manager and the SAB board and I was warned never to set foot at the World of Beer again.

I estimate that over the past two decades, I've drunk enough to float the Titanic.

My decision to quit has nothing to do with health considerations. My kidneys and bladder are used to working overtime, and my liver has proven versatile during the assaults.

Besides, I always take medical advice with a pinch of salt, tequila and a slice of lemon.

I don't have a phuza face and I remain as handsome as the day I lost my virginity.

The decision simply has to do with the fact that the liquor doesn't give me the buzz anymore. Unlike other drinkers who pass out when they exceed their limit, my threshold remains elusive. All beer does is reconfigure my farts.

Six years ago, I drank my Belgium hosts under the table and they're a nation of binge drinkers. I was not familiar with their warm beer, but as one fellow dronkie once told me: "We don't drink the temperature, boss." My hosts struggled to disguise their joy when I left a week later. So, I'm sad to report that when I reach 70, I will finally call it quits. That's 10950 days from today. Hic!

I am also known to binge on crime series on the small screen and I have a decent collection of serial killer documentaries.
Lifestyle
3 years ago
Next Article