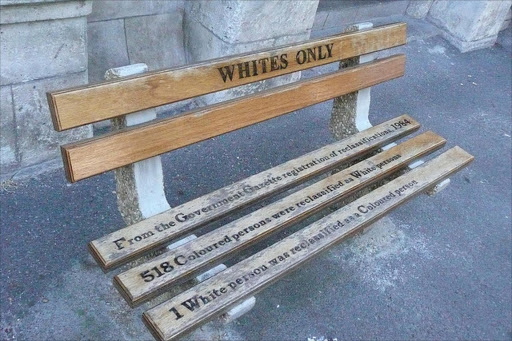 I was driving with a colleague almost 12 years ago to attend the commemoration of the June 1976 Soweto riots. I took the wheel as he fiddled with his cameras and made small talk. Out of the blue he opined about the events that led to the massacre of unarmed school children on that fateful day.

His brother had been an apartheid policeman assigned to quell the protests and there had been no intention to kill until the protestors allegedly pelted the policemen with stones.

In essence, the police were justified in returning fire with live ammunition, according to my travelling companion. I could feel bile rising in my mouth at what I'd just heard. I was shocked because the events of that day were well documented and widely reported and the wanton killings of young people were never disputed.

However, in the mind of my former colleague the apartheid police deserved credit for the way they handled the threat of the marauding youth.

My colleague is of course not alone in his misguided attempt to rewrite our bloody history. This week, AfriForum CEO Kallie Kriel put his foot in his mouth when he denied that apartheid was a crime against humanity.

Kriel chose to contradict no less a body than the United Nations, which had declared the racist apartheid regime thus. According to Kriel, the death toll of 600 people killed at the barrel of the apartheid machinery could not justify the racist and brutal system being called a crime against humanity.

If Kriel said the same about the extermination of the Jews in Germany, he would be accused of being a Holocaust denialist and be prosecuted for a serious crime. He is emboldened to relegate apartheid to a picnic that turned violent because he knows that nothing will come out of our indignation at his statements.

Kriel of course heads an organisation that represents perceived violations of the rights of white people in SA. AfriForum is always the first off the block whenever a farmer is killed but is found wanting when a black woman is stabbed in the township.

The organisation is also the first to rise when a white person is overlooked for promotion, but seldom intervenes when it's a qualified black person being denied a promotion.

Despite calling itself a civil rights organisation, AfriForum puts a higher premium on the lives of white people and discounts the existence of Africans.

Kriel and company were never at the receiving end of apartheid brutality.

Their lives went on as normal and they remain as ignorant about the oppressed conditions of their fellow black people who ensured white people enjoyed their creature comforts.

Kriel must not get away with believing apartheid was the difference between what black and white people had for breakfast.

Sports and Recreation Minister Toko Xasa on Sunday called on SuperSport to suspend Nick Mallett and Naas Botha while it is investigating an incident ...
Sport
4 years ago
Next Article