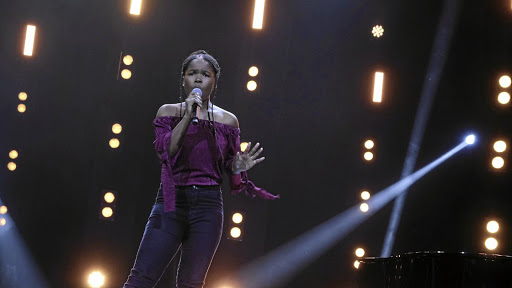 Yanga Sebetwa is the youngest Idols contestant in last 16 and has caught the eyes of the judges.

The youngest contestant in season 14 of the Idols, Yanga Sebetwa, is ready to break into the music industry as she awaits the release of her debut gospel album Siphelelo Sam.

Sebetwa, 17, hails from Delft outside Cape Town. Ironically, her home is just 12 minutes away from the neighbourhood of last season's winner and youngest Idol, Paxton Fielies.

"I was motivated by Khaya Mthethwa who I look up to, and my gift from God," she said.

Drawing inspiration from Mthethwa, who won season eight of the talent identification show, Sebetwa said her upcoming album was also dominated by gospel.

"The genre is gospel mixed with jazz and pop music.

Her first impression caught the eye and bagged herself four yeses from the judges.

She will be performing live at State Theatre in Pretoria for the female only Idols SA top 16 this evening.

Fifi reinvents herself in new hits

As the youngest of the top 16, she has done enough to impress the judges and should now impress the country to get more votes.

She said she realised her music talent when she was in Grade 3 and has always listened to her mother who sings for the worship team at Agape Baptist Church.

"I entered and won a competition while in grade 5. That was confirmation that I could sing . I was not supposed to win but the winners told the judges to give me the prize of
R1000 in cash," she said.

Although the competition requires most of the grade 11 pupil's time to rehearse, she did not quit her studies, but rather signed for long distance learning with Rhodes High School.

Sebetwa said if she became successful in the competition, she would invest her prize money in establishing a production company "that I have always dreamt of".

This is rapper Kwesta's world, we just happen to be living in it.
Entertainment
2 years ago
Next Article