The troublemaker who started it all 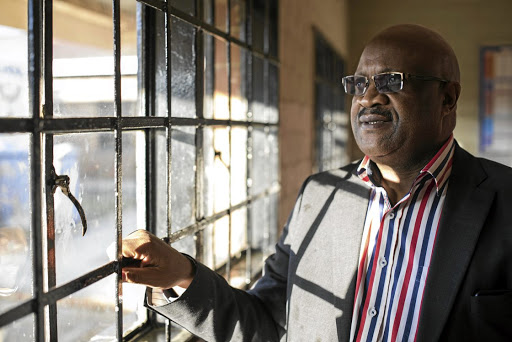 One of the leaders of the Soweto uprising, Enos Ngutshane, cheerfully looked back at the events of the day that changed his life and the course of history.

Ngutshane, 62, was one of the pioneering pupils from Naledi High School and the man who started it all when he wrote and sent a letter to the then minister of bantu administration and development Michiel Botha in April 1976.

The letter, in short, clearly stated that pupils preferred English to Afrikaans as the medium of instruction in township schools.

During an interview at his alma mater this week, Ngutshane told of how two police officers came to pick him up from school on June 8 following his brave effort.

"They asked the principal to take me to the station for questioning," he said. "The two officers asked me to fetch my bag. I quickly ran to the class we used to refer to as the headquarters."

However, the pupils would hear none of it as they began to attack the officers, overturning their VW Beetle.

After that incident, one of Ngutshane's teachers and political activist Reverend Frank Chikane helped him move from his home in Zola to Phefeni in a bid to shield him from the harassment by the police.

Ngutshane returned home two days before June 16. "I was having a peaceful sleep when I heard my mother begging for my safety. Before I could even turn, one policeman was waiting next to my bed.

"When the whole thing [riots] started on June 16, I was not there; I was in jail for writing the letter to the minister," he said.

Ngutshane, who was in matric in 1976, chuckled when he told of how he finally got out of jail.

"After the riots, I was joined by nine other awaiting-trial prisoners. They said they didn't know why they were held because they were just walking from work.

"I used the same excuse to answer the magistrate [during my next court appearance]; that's how I escaped."

Immediately after his release, Ngutshane fled to Seshego in Limpopo where he stayed with a family he did not know, which was organised by Chikane.

He later fled to Mozambique before flying to the UK where he studied at the University of Liverpool. He is now executive manager of operational safety at Passenger Rail Agency of SA.

Hard work and focus the difference makers.
Business
3 years ago
Next Article