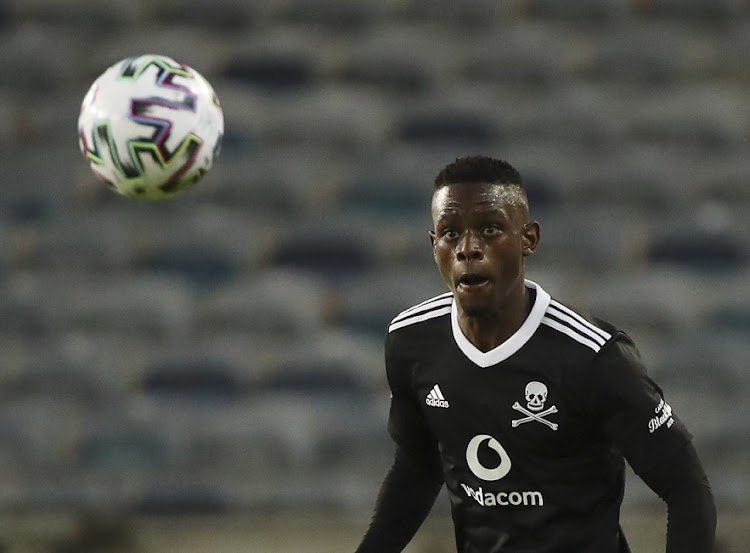 Orlando Pirates legend Edward Motale has backed Innocent Maela to succeed after he was confirmed as the club's new captain on Wednesday.

Maela's promotion became obvious after Happy Jele left the club last week while they also released Thulani Hlatshwayo and Ntsikelelo Nyauza who all captained the ship at one stage.

Motale said Maela's leadership skills will help him to move the club forward.

“I don’t have a problem because he has been good for the team and I think the reason they chose him was that they saw his leadership skills,” Motale, who was the team's skipper when they won the 1995 CAF Champions League, told Sowetan on Wednesday.

“I’m not sure how they pick the captain but I think they chose him based on the leadership skills he has.

“So I think he can lead the club because he has been a hard worker, no negative stories, so I think he deserves to be the captain of the club.”

It will not be the first time that the 29-year-old left-back skippers a team. In 2017, he led Thanda Royal Zulu to promotion to the Premiership and Motale believes that experience will help him.

“I also think his previous leadership helped him to be selected and his behaviour, so I think this is the right choice,” he said.

“I wish him all the best and I hope he succeeds at the club, which I believe he will.”

Maela will lead the club for the first time when the Buccaneers host Swallows in their season opener at Orlando Stadium on August 6.

In a statement on Wednesday the club also revealed that Richard Ofori will be the vice-captain.

“Long-serving defender Maela will take up the captaincy role following the departure of Jele, with goalkeeper Ofori taking up the role of vice-captain,” a statement read.

“Maela not only personifies these values, but he lives them. Throughout his football journey, which spans over a 10-year period, the 29-year-old has been consistent and never allowing a situation (good or bad to) change his approach.”

Orlando Pirates have confirmed Innocent Maela as their captain after the departure of Happy Jele, who spent 16 years at the club.
Sport
3 weeks ago

The player exchange between SuperSport United and Mamelodi Sundowns continues as the former landed Grant Margeman and Thabang Sibanyoni on loan deals ...
Sport
3 weeks ago

Innocent Maela is preparing for a tough battle for the left-back position at Orlando Pirates now that Paseka Mako is back to full fitness.
Sport
3 weeks ago

Pirates want to win trophies to celebrate milestone in style

That Orlando Pirates will be celebrating their 85th anniversary in the upcoming season is a motivation on its own for the players to win titles.
Sport
3 weeks ago
Next Article