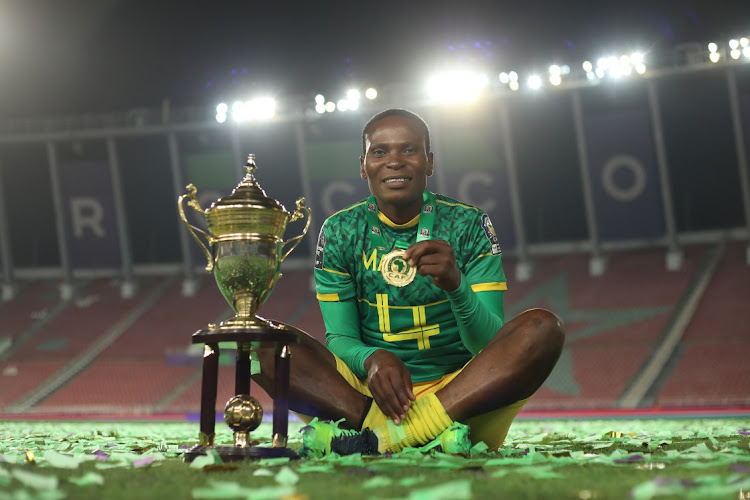 Having finally clinched the Women’s Africa Cup of Nations (Wafcon) after seven attempts, Banyana Banyana veteran defender Noko Matlou is pleased that she will now leave a lasting legacy before hanging up her boots.

The Awcon had eluded the 36-year-old for more than a decade as Banyana came short in five final matches before finally coming good in Morocco when they beat the host 2-1 at the weekend.

Speaking to the media upon their arrival at OR Tambo International Airport yesterday, Matlou said the award will go with the African Women’s Footballer of the Year she won in 2008.

“It means a lot because now it will go with the award that I won for player of the year ... so it was very important to win the title to add to my collection [of honours],” Matlou said.

“We are excited to be back in the country after winning the title... after finishing  as runners-up many times. We went there and we knew what we wanted and gave 100% on the field.

“And we won and that’s what we wanted. As coach [Desiree Ellis] said before we left for Morocco [we have to win the title], we [also] said to her that we want to win this title because it has been long.

“It can’t always be Nigeria, so we had to step in now and win the Awcon and we did that. With the team that we have, we have been there for each other supporting one another. That’s what made us win the tournament.”

Matlou insists they did not feel any pressure because they were sure about their goal, "which was to win the title”.

With the Fifa World Cup in Australia and New Zealand coming next year, Matlou said she will decide if she'll continue playing for Banyana for another year or hang up her soccer boots.

“It’s been a long journey. I will see later what’s in store for me.”

It was never an easy journey to success for Moletjie-born, Limpopo, Matlou who began his career with MaIndies FC of Limpopo. She made her Banyana debut  in December 2006 and not long after that she began experiencing harassment and scorn by those who questioned her gender.

She scored six goals in the 2008 Wafcon and represented SA in both the Olympics and World Cup tournaments. In 2014, Matlou was converted from striker to defender by then Banyana coach Vera Pauw of the Netherlands.

She never looked back, finishing the 2022 Morocco Wafcon as one of the defenders of the tournament.

WATCH | Banyana and Bafana to be paid the same in future, says Danny Jordaan

Women’s Africa Cup of Nations champions Banyana Banyana touched down at OR Tambo International Airport to a heroes’ welcome on Tuesday morning.
Sport
1 week ago

Banyana Banyana star Linda Motlhalo believes if it wasn’t for the strong mentality and unity in the squad, it would have been impossible for SA to ...
Sport
1 week ago

Hundreds of fans descended to OR Tambo International Airport in Kempton Park on the East Rand to welcome the Queens of Africa Banyana Banyana.
Sport
1 week ago
Next Article