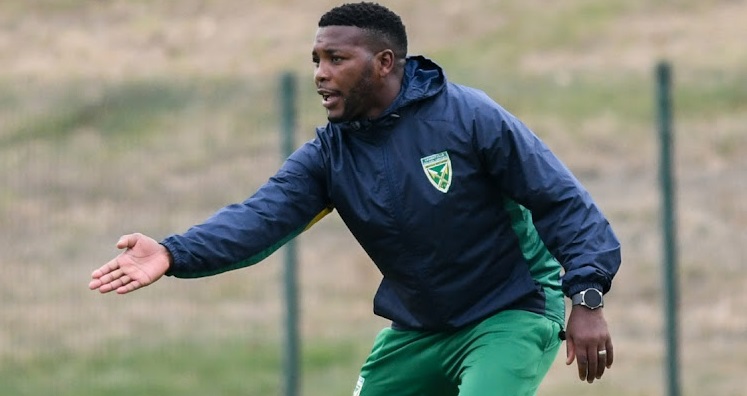 Golden Arrows co-coach Mabhuti Khenyeza has declared that he and his partner Vusumuzi Vilakazi will bring back the ball-playing style that the club is renowned for.

With the DStv Premiership starting next month, preseason will reach a climax with the team’s participation in the Premier’s Cup, a preseason tournament featuring teams from KwaZulu-Natal.

Arrows will face AmaZulu at the Harry Gwala Stadium at noon on Sunday. This game will be vital for Khenyeza and Vilakazi as it will give them an indication of where the team is at and how the players are translating things learnt at training into matches.

With Khenyeza and Vilakazi at the helm, there’s an air of excitement around Arrows because the two have been around the club as players when it captivated the imagination of the football fraternity. The coming season promises to see the return of Abafana Bes’thende (The Backheel Boys). Khenyeza wants the club to return to its footballing roots.

“Everyone knows our style of play, we are a passing team,” said Khenyeza when asked by the media about the philosophy the club will adopt.

“It’s not only about passing, at the end of the day, you need to be productive. We need to play good football and produce results in the end. We can’t be excited about playing good football if we can’t score. Goals win games.

“We have tiny, mobile payers. We don’t want to take away their element and their ability. There must be an end product. You can’t cook and not eat,” he said.

Arrows are yet to confirm their recruits for the new season. Khenyeza revealed that they looked at players with the right mentality instead of big names.

“Our coaching approach is not about names, it’s about the mindset and mentality of the individual,” he said.

“Football is all about mentality at the end. If the player’s mindset is not prepared, he can’t do anything. We want to go to their minds and then their system as players, so it will be easier for them to perform.”

Nomvula Kgoale’s father Elifas was converted into a football fanatic following his daughter’s exploits at the Women's Africa Women’s Cup of Nations ...
Sport
1 week ago

Goal-scorers are the most celebrated figures in football all over the world. Be that as it may, some footballers are attaining plaudits, despite ...
Sport
1 week ago

New AmaZulu player Ethan Brooks is looking forward to playing alongside George Maluleka at the club as he believes it will help him to raise his game.
Sport
1 week ago
Next Article