Legend expects Chiefs to be competitive but Bucs a worry 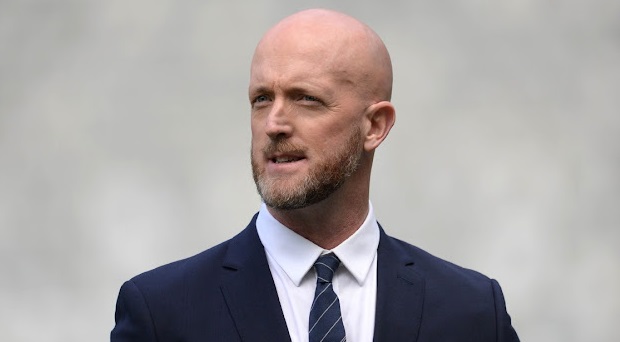 This is the view of former player Matthew Booth, who is disappointed with how the rest of the teams are failing to find other innovative players to try challenge them.

Sundowns have won the league title five times in a row, while they clinched the treble last season.

But with Kaizer Chiefs and Orlando Pirates having strengthened their teams and released some players, Booth is not convinced that they will challenge Masandawana.

“Financially, they got a massive advantage on the rest of the 15 clubs. And I think they will continue to dominate if they keep the core of the team well established and they make very clever additions in areas that are needed,” Booth explained to Sowetan.

“I think they will continue to dominate. I’m just very disappointed that the rest of the pack are not finding more innovative and using international best practices to try compete with them.

“They can compete with them. I believe if they get their scouting and the youth development system in order I feel they can compete, but over the last couple of seasons, the gap has just been too big.”

Booth also believes the Amakhosi have done well in the transfer window and will be better in the upcoming season, but is critical of the Buccaneers.

“I think last year they did well in the market and I think they have done even better this last month,” Booth said.

“I can see that the gap is not going to be that extensive, but I still see Sundowns being dominant next season. Chiefs have got a long way in re-establishing more of a competitive league.

“Over the past three seasons, I thought Pirates were going to challenge Sundowns. I thought they were going to be a team. They have been disappointing from a consistency point of view from their starting line-up towards the end of the season.

“They seem to have pushed the reset button again from the coaching point of view and the playing point of view. I certainly hope they can hit the ground running because we need a strong Chiefs and Pirates for this league to be vibrant again.”

Bafana Bafana midfielder Ethan Brooks wants to use the experience he gained in the Cosafa Cup last year and guide the national team to success in ...
Sport
1 month ago

Matlou aims to win Awcon before hanging up her boots

The ongoing Women's Cup of Nations (Awcon) in Morocco could be the last major tournament for Banyana Banyana stalwart Noko Matlou.
Sport
1 month ago

Manchester United forward Cristiano Ronaldo has told the Premier League club that he wants to leave in the close season because of his desire to play ...
Sport
1 month ago

Confederation of African Football (Caf) president Patrice Motsepe has announced a big increase for the Women's Africa Cup of Nations (Awcon).
Sport
1 month ago
Next Article