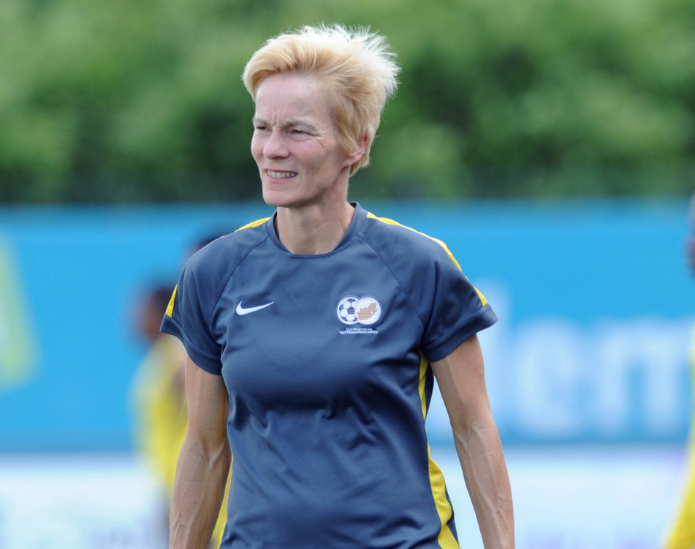 Former Banyana Banyana coach Vera Pauw has revealed she was raped by a prominent Dutch football official during her playing days.

In a statement, Pauw, who coached Banyana during 2014 to 2016 said she was a victim of systematic sexual abuse, bullying, intimidation, isolation and framing which she kept quiet about for 35 years.

“For 35 years I have kept a secret from the world, from my family, from my teammates, my players, my colleagues and, I can now accept, from myself,” Pauw said in her statement.

This has been the toughest thing in my life but, finally, I'm ready to move on and be proud of who I am

“Even those closest to me have not yet known of the rape I endured at the hands of a prominent football official when I was a young player. Later two sexual assaults by two other men were added to this record.

“All three men were employed within Dutch football at the time of these incidents. Only those I can trust have known until now of the systematic sexual abuse, abuse of power, bullying, intimidation, isolation and framing I was exposed to as a player and as a national coach in Dutch football.

“For these past 35 years I have kept the abuse private. I have allowed the memory of it to control my life, to fill me with daily pain and anguish, to dominate my inner feelings.

“To many I am seen as a brash and loud football coach and manager, a tough woman who has risen to the top in a man's world. Nothing could be further from the truth.”

Pauw said she reported the sexual assaults to the Dutch football authorities but had not received any help in the past years. However, she has now reported the matter to the police in her home country.

“For the past number of years I have tried to have my case heard in a fair and just manner by the football authorities in the Netherlands but to no avail. Some people would rather keep my rape and sexual assaults quiet than offer me the support I need by opening this story to the world,” Pauw said.

“I can no longer share the silence. After failing to get a satisfactory response to my request for action on an investigation initiated by the Dutch FA following my fifth report to them, I recently reported my rape and sexual assaults to the Dutch police.

“That already feels like the beginning of the end for me but now I know there will be more heartache to come. Stories may appear in the Dutch media of my horrific ordeal and I know claims may be made against me in an attempt to tarnish my story.

“I take full responsibility for what I did and what I failed to do. Trust me, my story is very real and very true.

“I know going public is going to throw the spotlight on my life in a manner I have never experienced before but I also hope that other young footballers and coaches who were exposed to anything like the rape and abuse I suffered will now feel brave enough to come forward and share their stories.

“This will not be an easy time for me and for my family but for now I ask you all to respect what is left of my privacy. Finally, I would like to thank my Irish back room staff and my players, the FAI's management and board, all my FAI colleagues and the Ireland fans for the support they have shown me as manager of the Ireland team.

“I have always felt safe and continue to feel safe and supported in Ireland and I cannot tell you how good that feels. I hope that support will continue in Ireland for me now that I have shared my story and my pain.”

“This is who I am , I don't have to hide any more. I hope I can continue my life in freedom.”

Portuguese soccer star Cristiano Ronaldo will face no charges in Las Vegas in connection with a 10-year-old sexual assault allegation because the ...
Sport
3 years ago

Australian Football League star Stephen Milne has been charged with rape after a police integrity unit recommended a review of the initial ...
Sport
9 years ago

Mike Tyson was "mad as hell" when he caught a then unknown Brad Pitt in bed with his ex-wife Robin Givens during their divorce in the late 80s. The ...
Entertainment
9 years ago
Next Article