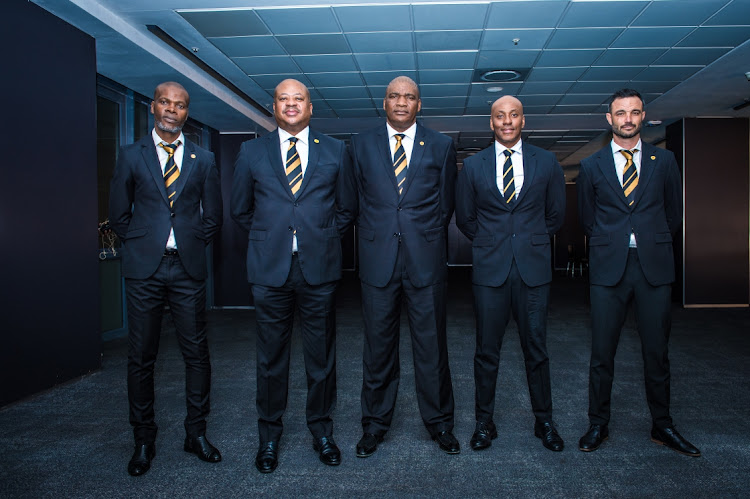 This was revealed by Chiefs football manager Bobby Motaung at FNB Stadium, where Zwane was confirmed as the club's full-time coach on a three-year deal, on Thursday. Motaung made it clear the mandate for Zwane was to start delivering cups as early as the 2022/23 season. Zwane, whose nickname was “10111", finished the season as Amakhosi mentor on a caretaker basis after taking over from Stuart Baxter last month.

“The mandate is clear, we need to win trophies and bring back the style of Chiefs when we play. As the club we want to win trophies early as we start next season,” Motaung said.

“Arthur and Dillon [Sheppard, who will be the assistant coach] have been part of the process of what we've been trying to achieve. They know the challenges we're facing... there's a drought in the [trophy] cabinet. The supporters are looking to achieve something in terms of trophies. They've been part of the system, so they know this [their appointment] is about success and achieving.”

Amakhosi's football manager also emphasised that they will give Zwane and Sheppard all the support they need.

“We're investing in other aspects as well. They'll be getting players they require and they'll be getting the technical support that they'll need. We'll be supporting them with everything,” noted Motaung.

“The news of new signings will happen at the right time. Today we're only announcing the coaches. The coaches have been part and parcel of the acquisitions coming in and the players leaving. We'll announce all that in due course,” said Motaung.

Arthur Zwane had always known it was written in the stars that he would coach Kaizer Chiefs one day.
Sport
4 weeks ago

Mamelodi Sundowns coach Manqoba Mngqithi has opened up about the difficulty of making players understand being the favourites counts for nothing.
Sport
4 weeks ago

Bafana Bafana coach Hugo Broos is of the opinion that two victories against Liberia could be enough for the South Africans to book their ticket to ...
News
1 month ago

The skirmishes that have been a feature of the upcoming SA Football Association (Safa) presidential elections have even spilt over to the SA football ...
Sport
1 month ago
Next Article