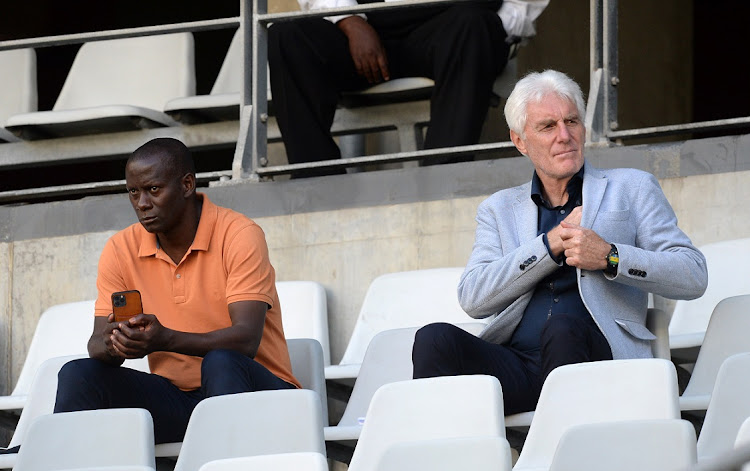 Bafana Bafana coach Hugo Broos believes two victories against Liberia could be enough for the South Africans to book their ticket to the 2023 Africa Cup of Nations (Afcon) in Ivory Coast.

Bafana’s qualification route has been made supposedly a little laid-back with Zimbabwe being expelled from the tournament.

The other team in SA’s group are African giants Morocco, whom Broos’ charges will open their campaign against on June 9 in Rabat.

“It’s better to have three teams because if you have four, you have to play right until the last game,” Broos said after he announced his 23-man squad for the game against Morocco at the SABC studios in Auckland Park on Thursday.

“Now we can avoid that if we win the two matches home and away against Liberia and by September we may have already qualified. But we must not only focus on Liberia, it will be nice to get a good result against Morocco in the first game.”

Under Broos, Bafana had a rather impressive 2022 Fifa World Cup qualifying campaign where they fell on the last hurdle in the group stage — controversially losing their last and only game against Ghana.

Huge boost for Bafana in 2023 Africa Cup of Nations qualifiers

Bafana Bafana’s qualification for the 2023 Africa Cup of Nations received a boost as their Group K opponents Zimbabwe have been expelled from the ...
Sport
2 months ago

The heartbreak was palpable and the SA Football Association appealed to Fifa about how the officiating short-changed the young Bafana players in Cape Coast. But Broos is under no illusion as to what’s expected of him in the coming qualifiers.

“When I came here in June I said let us see how far we can go in the World Cup qualifiers. We all saw how well the team performed and we were knocked out in the last match.

“It was a young team and they were brave and unlucky to lose in that manner in Ghana. And for the Afcon, I said that to not qualify is not an option — we must qualify and go there. Otherwise, the federation can make a decision. The people will not be happy, it will be very disappointing.

“I want to be in Ivory Coast, we have to be there. Now it is a bit easier, if I can use that word. Then we will see how good we are at the tournament next year.

“Passing the group stages is also normal. But I would love to win it. I won it with Cameroon [in 2017] but it is a bit too early.

“Let’s create bigger goals and say maybe let’s go for it in 2025 in Guinea. This is my dream, this is something I had when I was still a player in Belgium. I like to win.”

Broos is living by his convictions and has kept the spine of his initial squad amid the criticisms levelled at him for leaving out crowd favourites and senior players amid a youth and rebuilding emphasis.

The Belgian continued to leave out veterans Andile Jali, Themba Zwane and Bongani Zungu. Keagan Dolly and Rushine de Reuck were not selected because they are injured.

Broos was also not impressed with the performance of Royal AM striker Victor Letsoalo, who finished this season on 15 goals.

Siyanda Xulu did not make the team because of lack of action. Evidence Makgopa, even though his club Baroka FC were relegated, remains Broos’ preferred striker upfront.