'We're not entitled to win any match' 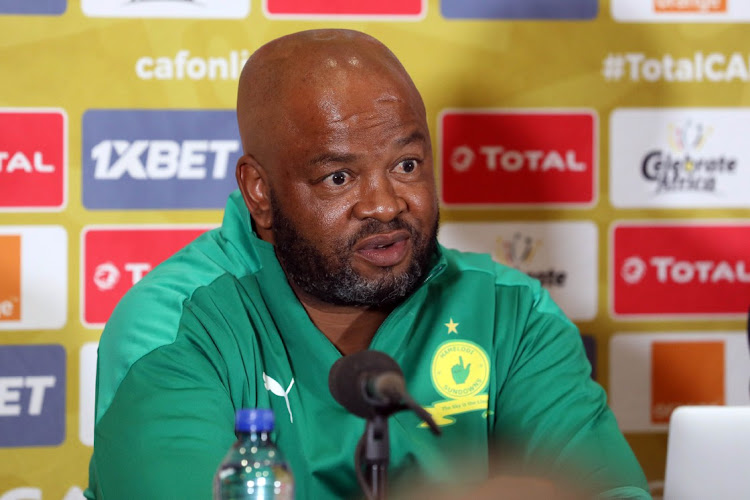 Mamelodi Sundowns coach Manqoba Mngqithi has opened up about the difficulty of making players understand being the favourites counts for nothing.

Sundowns are firm favourites to lift the Nedbank Cup when they meet Marumo Gallants in the final at Rustenburg's Royal Bafokeng Stadium on Saturday (6pm). A treble is on the cards as Downs have already won the MTN8 and the league championship.

“This is probably one of the most difficult matches that you ever play as a coach. Just this morning in our video analysis I was telling the players that the most important thing about the game we're playing against Marumo is to have the highest level of respect for the game and for the opponents,” said Mngqithi.

“We're not entitled to win any match. We're playing against a very good team. I've got a lot of respect for Dance [Dan Malesela] as a coach and the football they play is very enjoyable. To be honest, though they [Marumo] may be seen as underdogs, they've got a lot of players who can play for Sundowns any day.”

Marumo, meanwhile, say they have no fear of facing the rampaging Sundowns on Saturday, as they plan to defend the title they won last year while they were still called Tshakhuma Tsha Madzivhandila.

“What we did as a club is first we respect Sundowns to an extent that we discovered that going to play them, just like making training sessions, you have to work on the minds of the players,” said Gallants assistant coach Harris Chueu.

“We did research and we said to the players that of all the players in the league, who will you choose – from a right-back to a striker.

“Ninety percent of them they chose are from Sundowns. It means Sundowns players are their role models and we had to work on how to beat your role model.

“We have to work on their minds so when we face them, the minds are level. As I said, we respect them but we don’t fear them. Some people confuse respect and fear. Once you have fear you won’t compete and challenge.

“We are going to treat them with the respect they deserve.”

Chueu added that they will do their best to make sure they win the match against a side he admitted will be difficult to beat.

“Last season to win the trophy we had to beat Sundowns in the semifinals, this year was tougher as we had to beat Orlando Pirates and now Sundowns,” he said.

Arthur Zwane has promised not to be a “Hitler” as Kaizer Chiefs new full-time coach while he spearheads the mission to bring back happy days to ...
Sport
2 months ago

Bafana Bafana coach Hugo Broos has named his 23-man squad for next month’s 2023 Africa Cup of Nations qualifier against Morocco in Rabat.
Sport
2 months ago