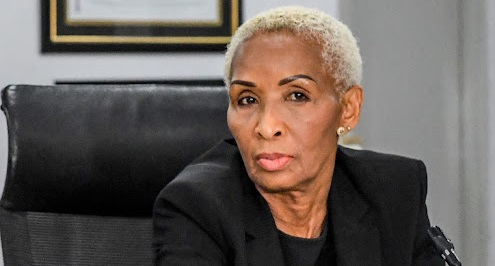 After the US Soccer Federation announced it will have equal pay for its men's and women's national teams, Safa vice-president Ria Ledwaba believes SA should do the same.

The four-time women’s World Cup winners will earn the same pay as their male counterparts after decades of fighting. The recent legal hearing was chaired by the likes of Alex Morgan and Meagan Rapinoe, and the Americans have agreed to an equal pay deal until December 2028.

Ledwaba is happy about the win for the US women's team, saying it is a victory for women's football.

“It means we must also fight. Unfortunately in life women have to do more than men all the time. As a woman you have to prove yourself 10 times before you can be taken seriously,” said Ledwaba to the media during retired Banyana Banyana top-scoring striker Portia Modise’s book launch in Johannesburg.

“You play well and you are a good player but you still struggle in your own life. So it is a victory for women’s football what the US has done. The US women have always been at the forefront, they are better than the men. They have hosted and won the World Cup but were still not paid well until they decided to take the fight outside football to the courts. Now they can earn equally as men,” she said.

With the Safa elective congress on the horizon, the matter of equal pay within the national team structures will be high on the agenda of those vying for positions.

Ledwaba, who is set to raise her hand for the presidency at Safa, believes that equal pay for the women's national team is achievable.

“I think we are there, we must just find good sponsors. We’ll fight for our girls to get equal pay like men. I think it is something achievable,” said Ledwaba.

Former Banyana Banyana captain Portia Modise says former coach Vera Pauw deserves to be credited for the progress women’s football has made in the ...
Sport
1 month ago

Baroka’s relegation from the DStv Premiership is going to hit them hard in their pocket. Bakgaga were relegated to the GladAfrica Championship on ...
Sport
1 month ago

TS Galaxy coach Sead Ramovic has described saving the club’s DStv Premiership status as a beautiful thing after their last-minute 1-0 win over Chippa ...
Sport
1 month ago

While he’s optimistic that they will win the play-offs and remain in the Premiership, Swallows coach Dylan Kerr feels the club’s off-field chaos ...
Sport
1 month ago
Next Article