Cost of replacing Thobejane too late worth R24m at least 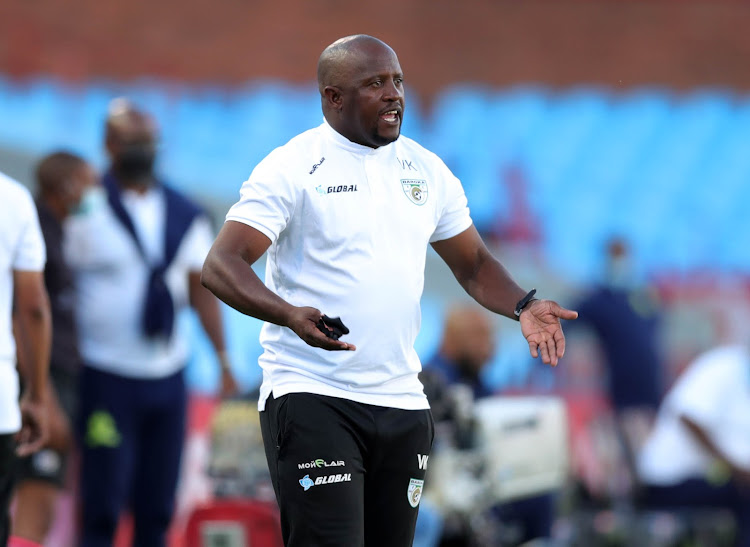 Baroka’s relegation from the DStv Premiership is going to hit them hard in their pocket. Bakgaga were relegated to the GladAfrica Championship on Saturday after their 1-0 defeat to Maritzburg United at Harry Gwala Stadium.

By being in the Premiership, clubs receive a minimum of R30m per annum in R2.5m monthly grants.

In the second tier the monthly grant is R500,000 and this means Baroka will now be getting only R6m as they prepare to start a new life in the GladAfrica Championship, losing at least R24m in earnings.

Their financial woes won’t end there as they will miss out on a chance to be in the Nedbank Cup and the MTN8 competitions, where teams get appearance fees.

In the lower league teams have to qualify to be in the Nedbank Cup competition as they face clubs from Safa leagues.

Baroka will also have to sell some of their best players to adjust their budget in the lower division. Players like Evidence Makgopa and Denwin Farmer are already on their way out of the club with many more likely to follow.

The writing was on the wall as Baroka were involved in the relegation battle almost every season and only survived in the last few matches.

This season, however, things took a turn for the worst when the club persisted with coach Kgoloko Thobejane even when results were not coming.

There is no doubt that Thobejane, who replaced Matsemela Thoka in the middle of the season, didn’t improve the team and dragged them further into the relegation zone.

When he was released in the end, Vincent Kobola took over and did well in four matches he was in charge of with only a single defeat, two victories and a draw, but it was too little too late to save them.

TS Galaxy coach Sead Ramovic has described saving the club’s DStv Premiership status as a beautiful thing after their last-minute 1-0 win over Chippa ...
Sport
1 month ago

While he’s optimistic that they will win the play-offs and remain in the Premiership, Swallows coach Dylan Kerr feels the club’s off-field chaos ...
Sport
1 month ago

Indications are that the services of the likes of Eric Mathoho, Bernard Parker, Daniel Cardoso and Samir Nurkovic won't be needed at Kaizer Chiefs in ...
Sport
1 month ago
Next Article